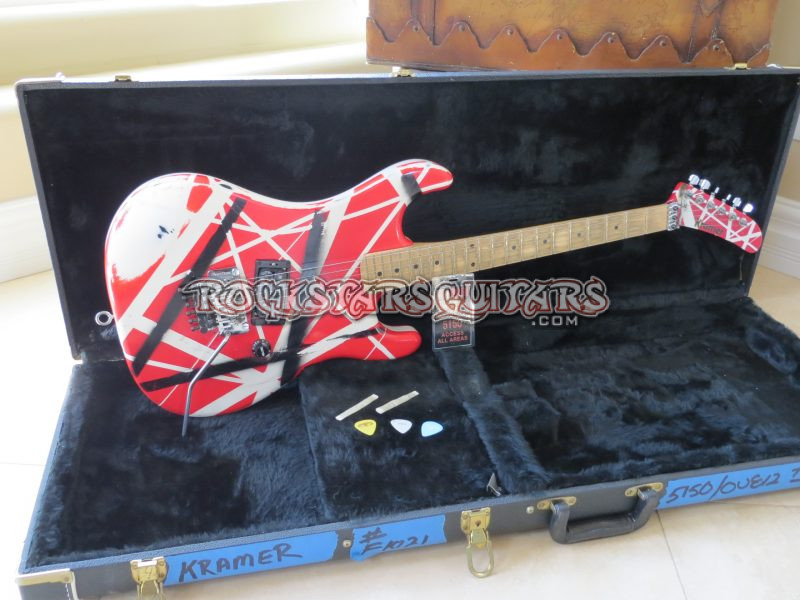 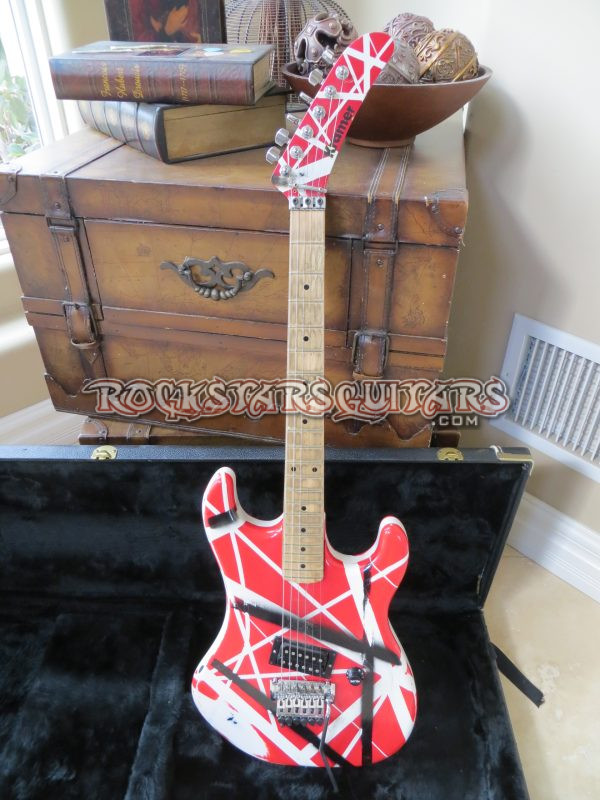 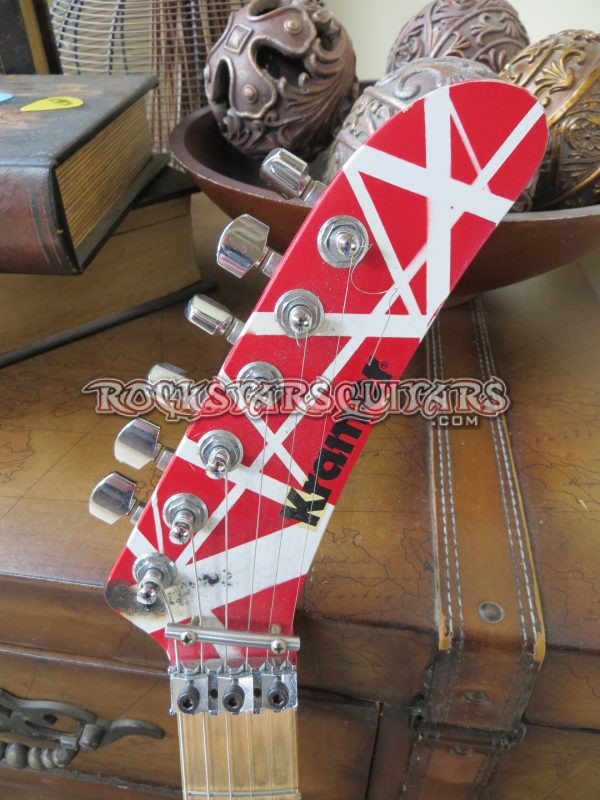 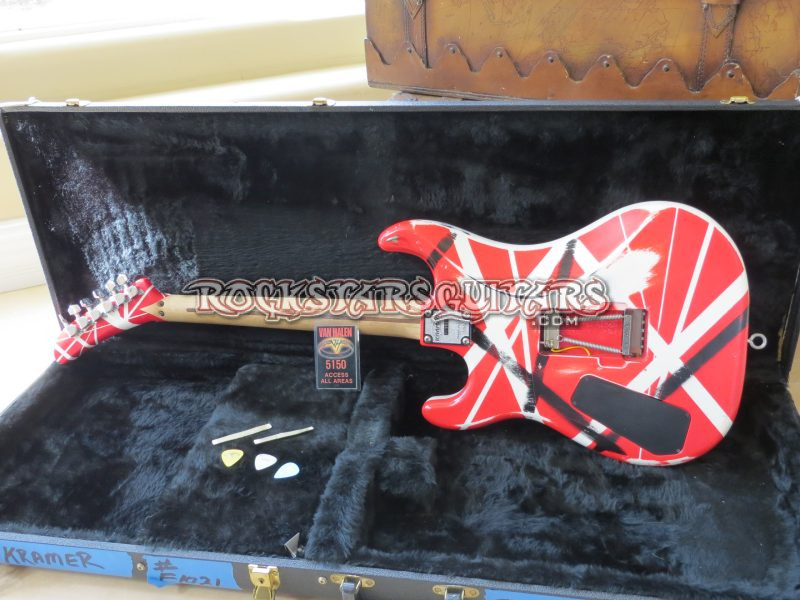 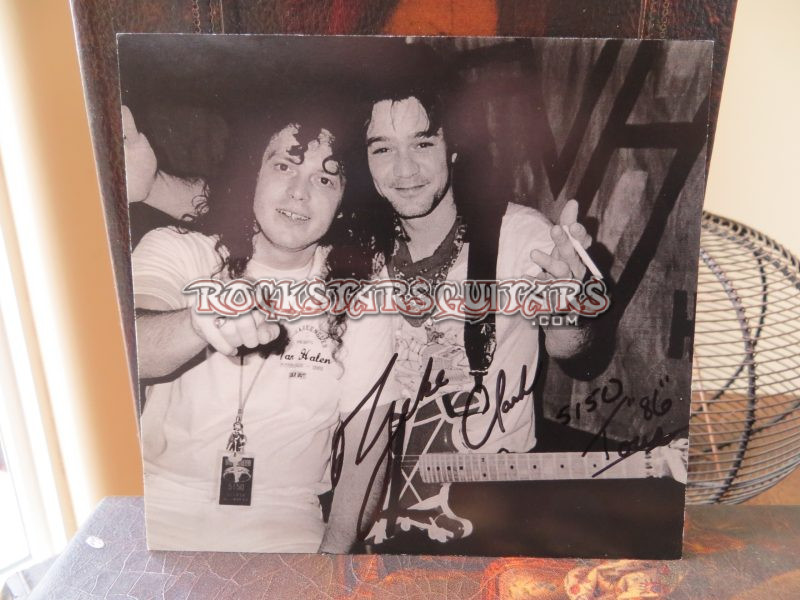 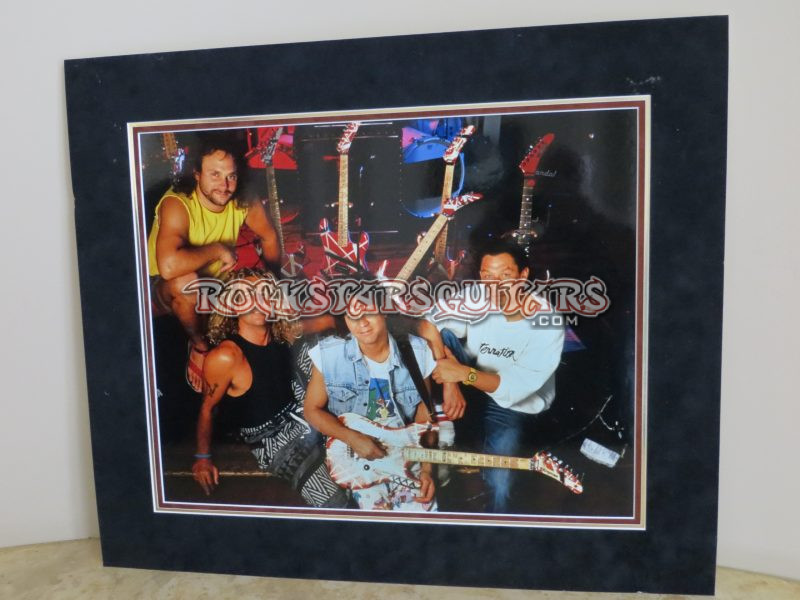 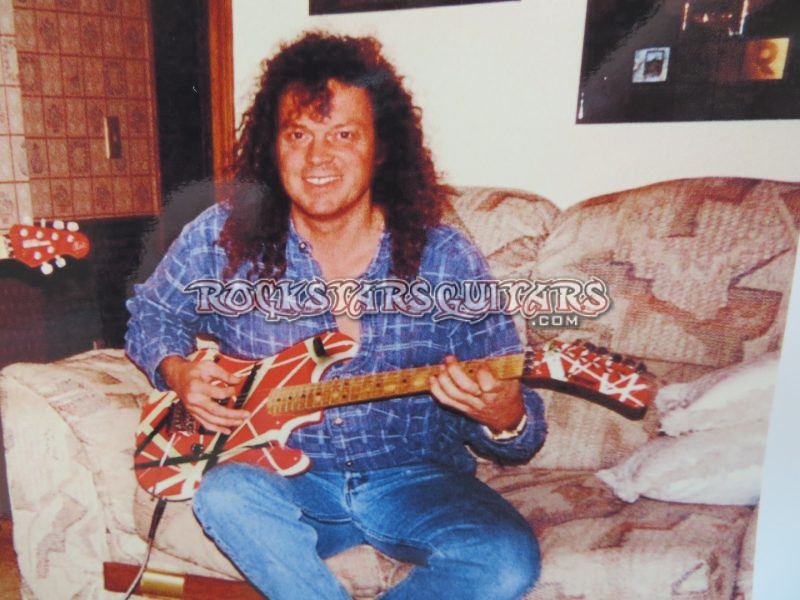 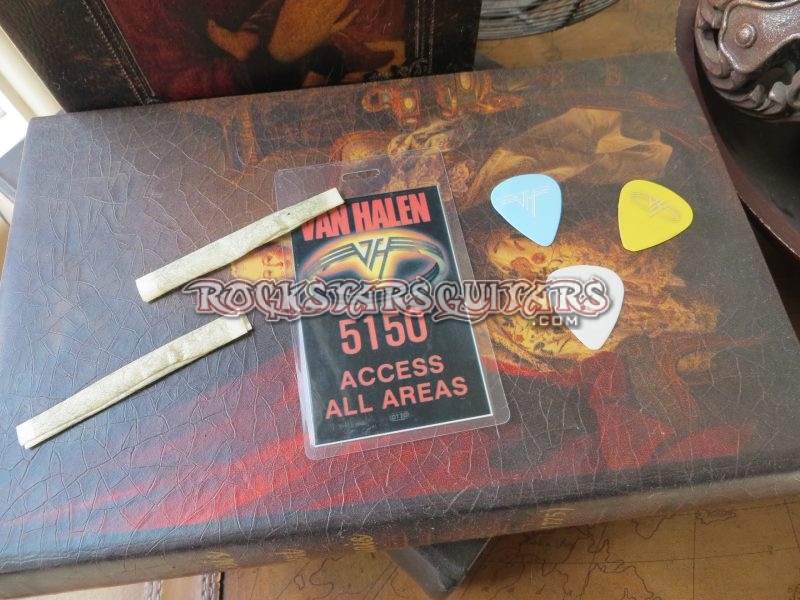 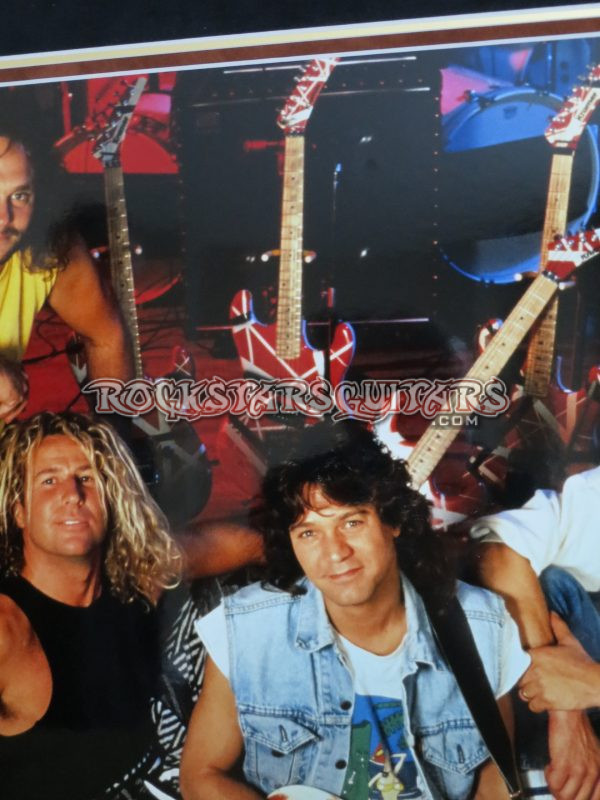 You’re looking at Eddie Van Halen’s #3 Kramer that was used on all tours and studio sessions during the 5150 and OU812 tours. This guitar was personal y picked out by Zeke Clark for its touch and sound when Ed offered him a guitar of his choice for his continued service. Zeke Clark was originally tech for Sammy Hagar during his solo career and both joined up with Van Halen after jamming together at Farm Aid. This guitar was originally bought from Zeke in December of 1998 and has never been up for sale until now! This guitar is in original condition with the original case.

This guitar is one of the first 5 original strypers made from parts sent over from Kramer. Zeke personally built all of Ed’s strypers after working on the prototype and 5150 with Ed. The pickups were hand wound and were all done by Larry DiMarzio. 5 of these “hot” pickups were only used in all of the original 5 strypers including the prototype. The pickup was slanted on the #3 to give more bottom attack. When the original “prototype” was made Zeke got the green light to make the #1 5150, #2 1984, and the #3 serial number F1021 which is this guitar.

The photo of the band with #3 clearly center stage behind Ed was taken by Timothy White at 3rd Encore Rehearsal Studios in LA. The black and white photos was taken by Zeke’s father in the “PIT” just as Ed was ready to take the stage. Zeke has signed this photo. The 1984 was specially strung up with a bass string for use on 3 songs so the #3 was Ed’s number one backup. Zeke also stated that very few strings broke on tour and photographers were limited to access making photos of Ed with the backups rare indeed.