Kurt Cobain’s Fender Stratocaster Body From The In Utero Tour And All Set Lists, Notes, Etc from Kurt’s Guitar Tech 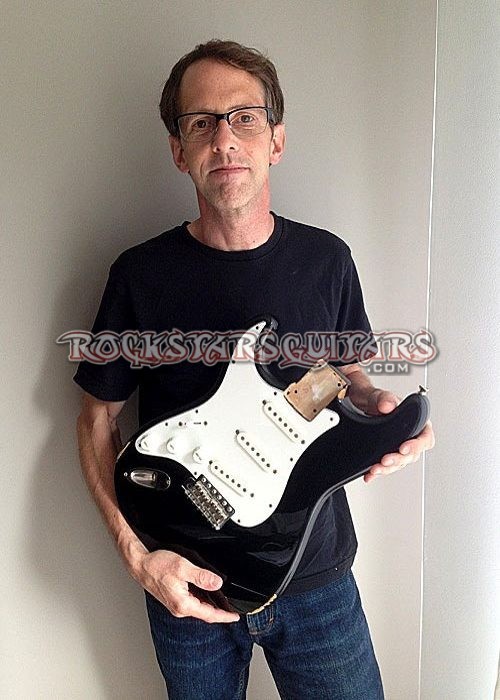 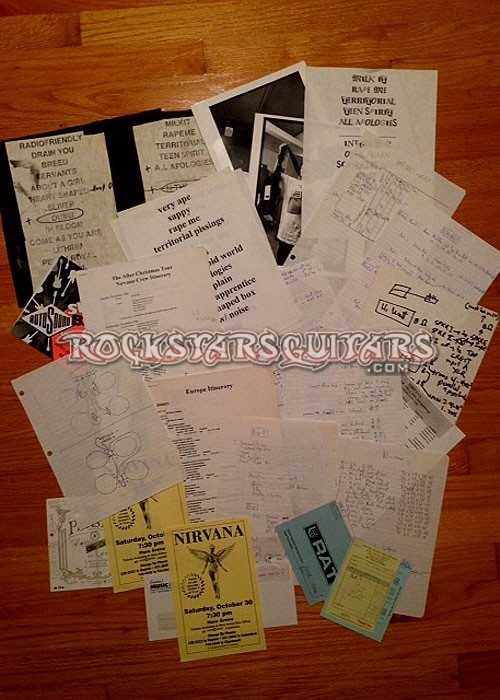 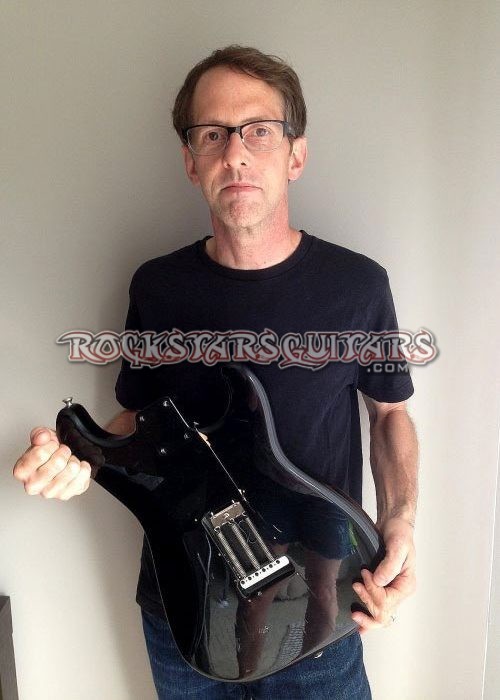 You are looking at an incredible Nirvana package that comes around once in a lifetime. Kurt Cobain’s Fender Stratocaster body, bashed and cracked on stage from the In Utero Tour. This comes directly from Kurt’s Guitar Technician Jim Vincent, who was Kurt’s tech from December 1993 – March 1994. Jim originally had two of Kurt Cobain’s Fender Stratocaster guitar bodies, one which has already been sold. Kurt used Mexican built black Fender Strats on these dates, and would routinely demolish one at the end of each show, and Jim would piece and glue them back together, if possible, for future use. When the necks were too damaged they would give them away to fans, sometimes bodies too, and at the end of the In Utero tour only two bodies were left. The one body that was sold was destroyed on stage with the help of Jim’s cordless drill, and is watchable on youtube as “Nirvana 12/30/93 Destruction” and has to be one of the best and certainly unique Kurt guitar smash-ups. The guitar that we have for sale is another body-only survivor, with a later (1994) lefty neck that Jim fitted later, and is fully playable. The neck and neck plate are the only non original parts on the guitar. But can be included in the sale if desired. PLEASE NOTE: According to Jim’s notes, there were 5 left handed Black Mexican Stratocasters, 4 that Kurt played and smashed from December 1993 – March 1994.  1 Strat was unused.  This is one of the four!  Pictured here is Jim Vincent holding the body that is for sale.

Also included are all of the notes that Jim made regarding gear, guitars and his tech work from these days with Nirvana. They show the details of these guitars, and others that were smashed and repaired, and smashed again. All of these notes are written in Jim’s hand, and are a fascinating history of Nirvana on the road. Also included are RARE original Nirvana set lists, receipts, etc. These items and notes are all original and no photo copies exist. A list of all paperwork is included below. Just a few samples are pictured here. To note also, Jim worked on the Nirvana crew all of the In Utero touring, starting in the Fall of 1993. He began as the guitar tech for Krist and Pat and after Christmas 1993, he switched roles and moved over to tech for Kurt for the time that remained through March 1994.  This is why there are notes for all guitars here spanning Fall 1993 into 1994. This guitar is securely stored in a storage facility but we have detailed photos of the guitar body and of all of the paperwork. A detailed letter and photos of Jim with the guitar body will be included. We will also do a detailed letter of provenance. This is an incredible package and a rare chance to acquire a legendary piece of history with provenance that is second to none. Please, serious inquiries only. Please call for details.

Itinerary. Nirvana After Christmas. 6 pages.
Itinerary. Nirvana European Itinerary continued. 5 pages.
Itinerary. Nirvana Europe Itinerary. 12 pages.
Krist bass rig layout. Early In Utero tour Fall 1993
Krist bass string pack 1993.The bass string of choice for all of Krist’s long scale basses.
Krist rig. The full description in Jim’s handwriting of Krist’s bass rig Fall 1993.
Pat’s broken Stratocaster 8×10 pics (2) This guitar is right handed so it was Pat Smear’s. US tour 1993.
Marshall wiring. Another hand drawn note to Jim.
Nirvana 5×8″ concert flyers (2)
Nirvana cases. A good list to know what’s going to fit where. Jim’s note bottom indicates an MTV comment so this would be 1993.
Nirvana guitar pickup James Vincent receipt March 1994. This is a receipt for a pickup Jim purchased thinking the tour would continue.
Nirvana Melora cello string pack 1994. Melora Creager was the 2nd cellist they had on tour for the In Utero tour.
Nirvana set list . Jim noted this was page 2 of a set list when in fact this could have been the entire set list for a show.
Nirvana Rat Pedal James H Vincent receipt 1994.
Nirvana Rat Pedal receipt 1-25-1994 Another receipt from the same day.
Nirvana set list Euro 1994 page 1 and 2. This is the 1994 set list for Europe.
Nirvana set list well used page 1 and 2. This list is Jim’s personal tech set list from 1993.