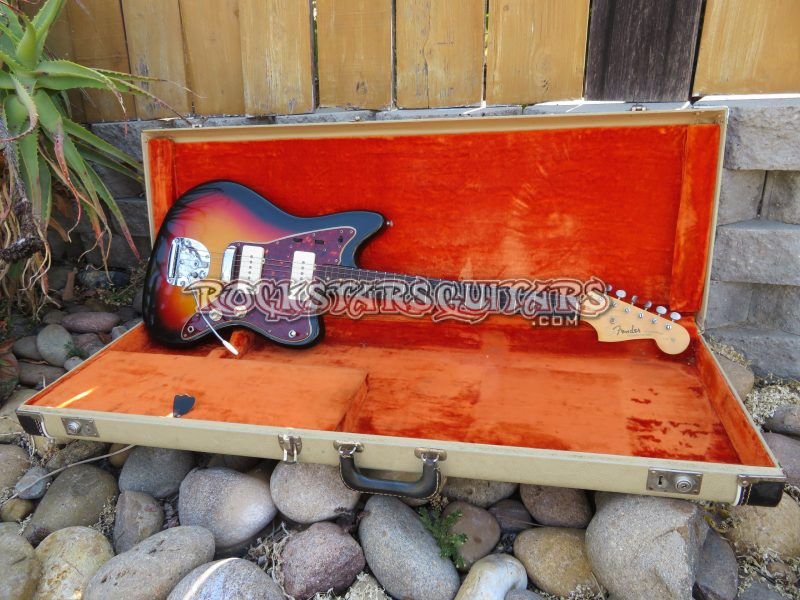 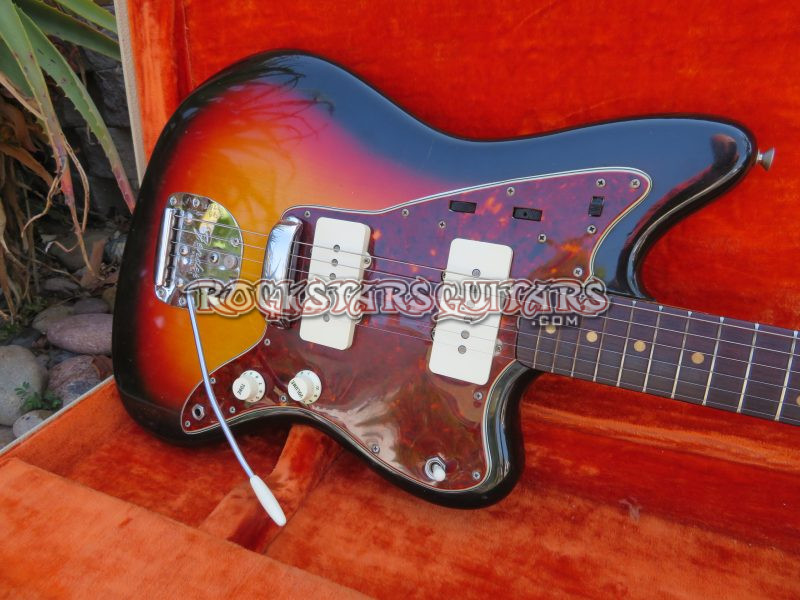 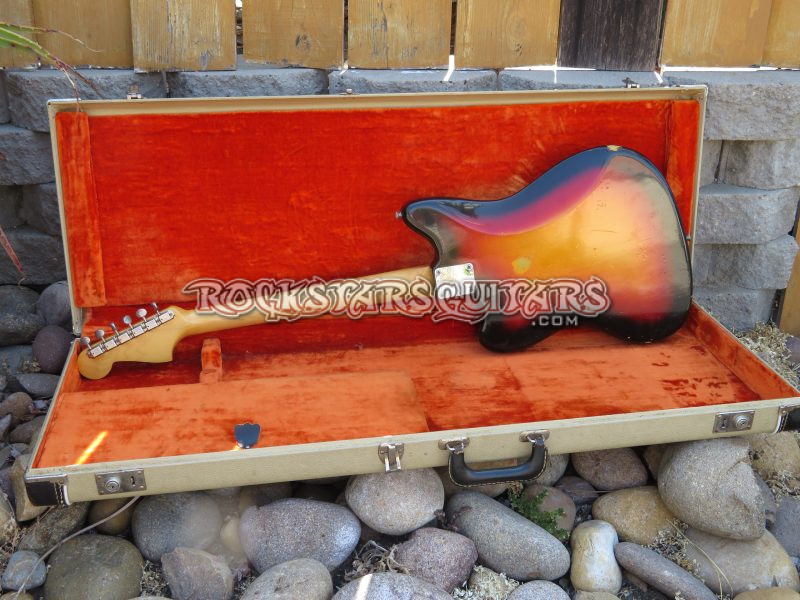 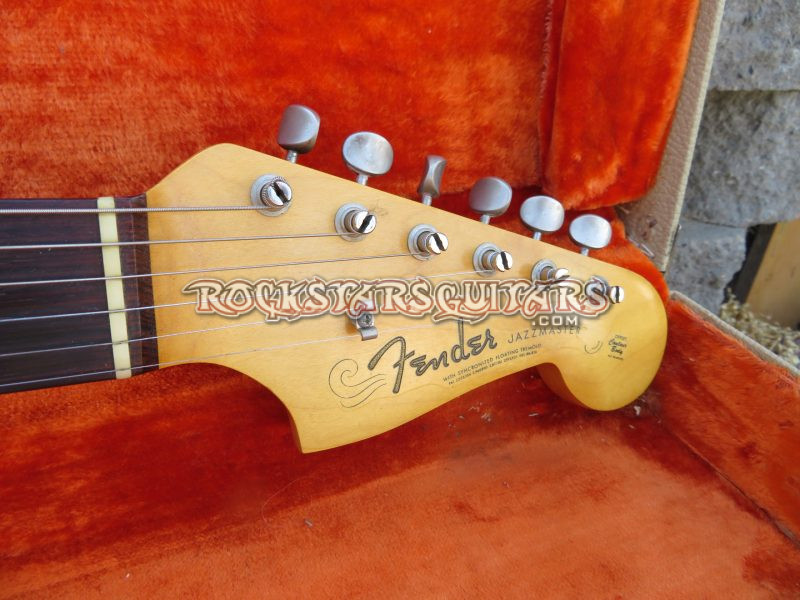 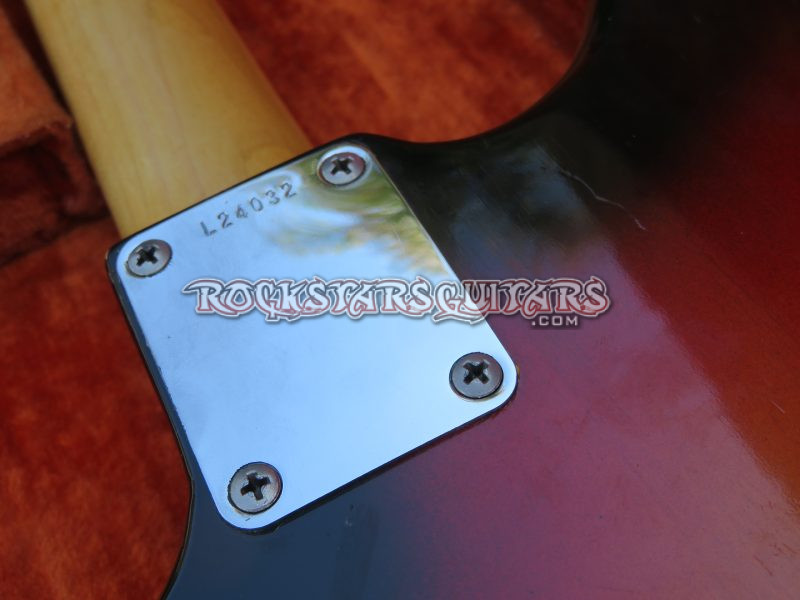 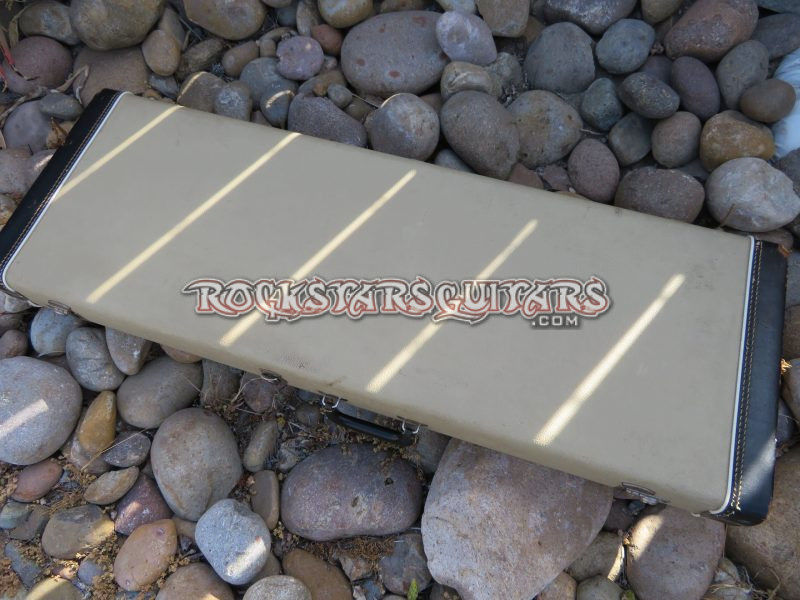 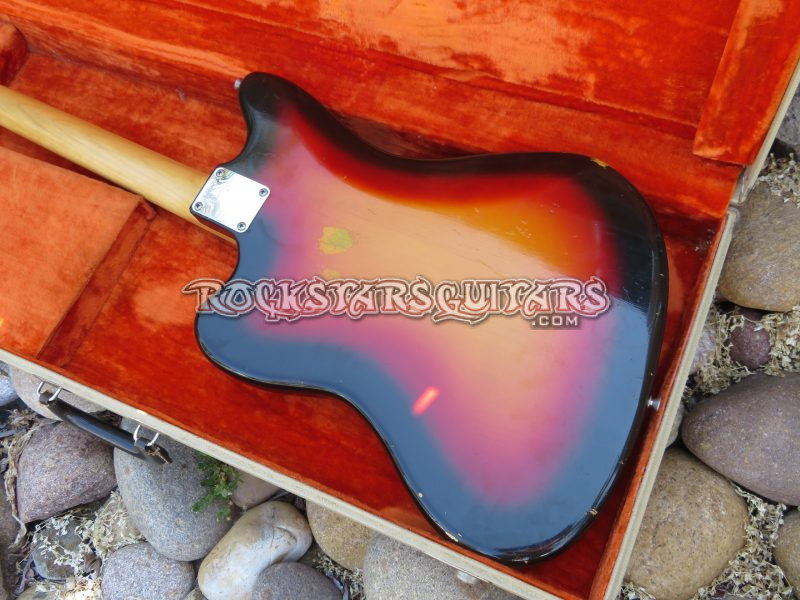 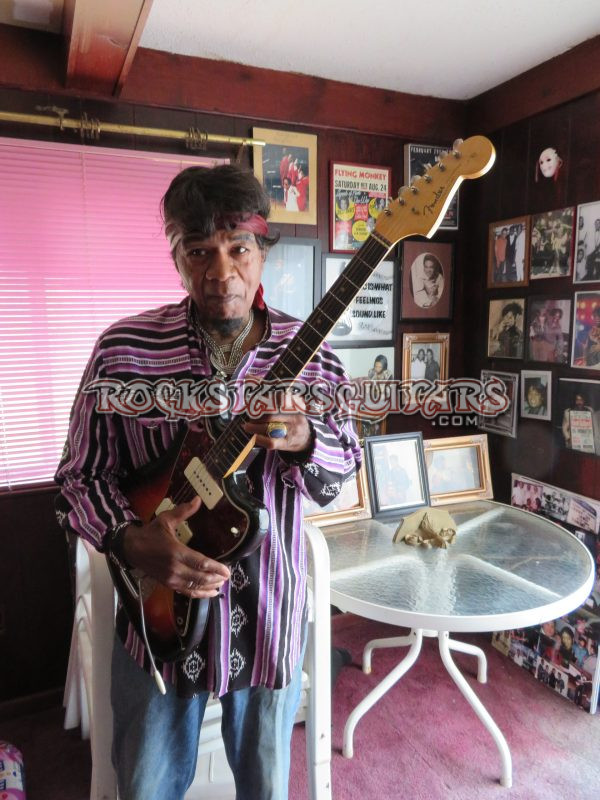 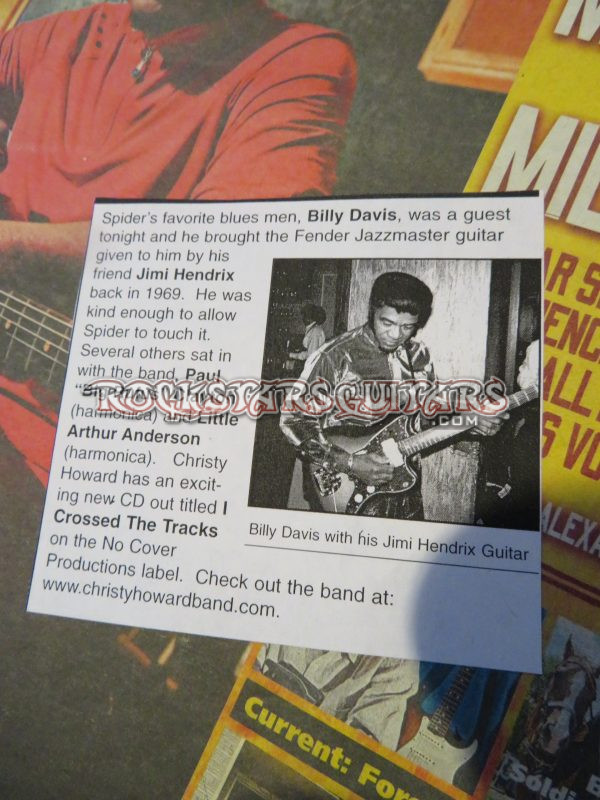 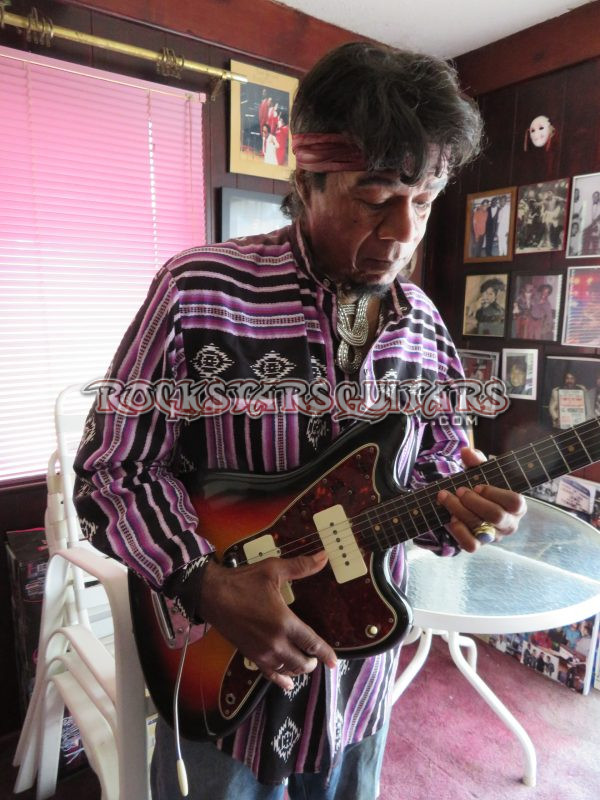 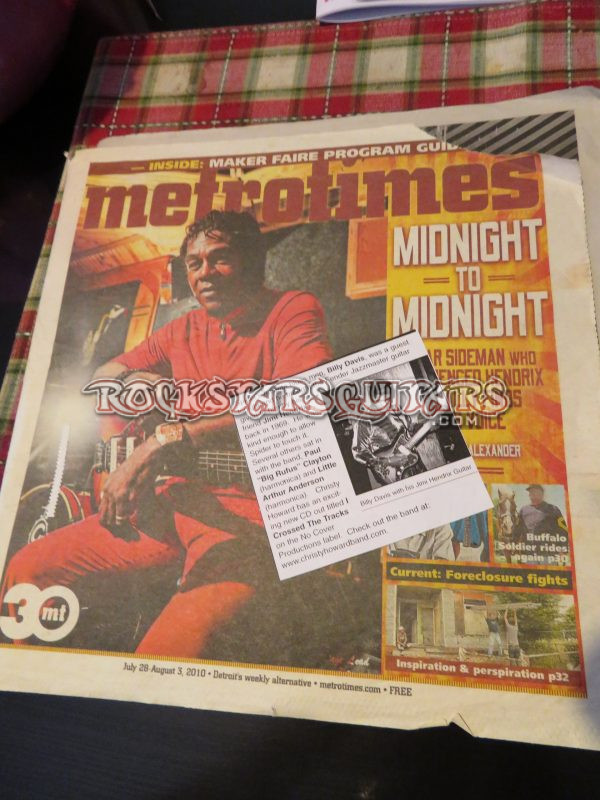 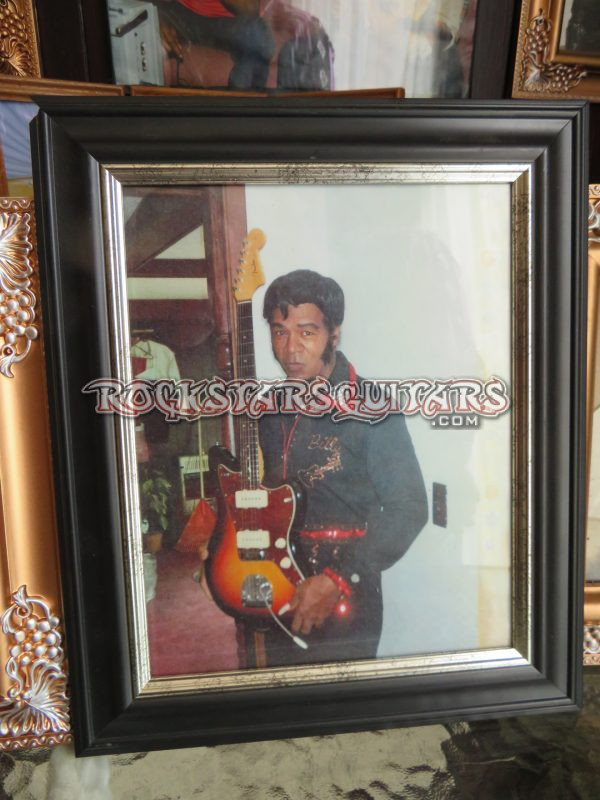 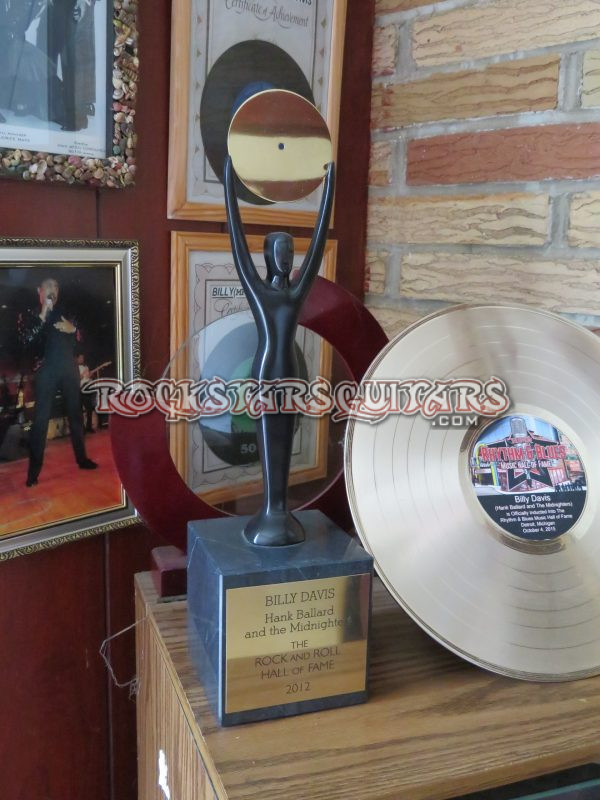 This is Jim Hendrix’s 1964 Jazzmaster that Jimi gave to his dear friend and mentor Billy Davis in 1969. The photos that you see are of Billy Davis in his home with Jimi’s Jazzmaster. Billy met Jimi in 1959 in Seattle when Billy was playing with Hank Ballard, and began a friendship that lasted until Jimi died, along the way showing him riffs and general mentoring. Billy Davis played on the original “Twist”, Jackie Wilson’s “Higher And Higher” and the Isley Brothers’ “It’s Your Thing”. Billy is an inductee in the Rock & Roll Hall Of Fame and the Rhythm And Blues Music Hall of Fame.

It also comes with photos of Billy in his home with the Jazzmaster, a detailed letter from Billy about the history of when and where he received this Jazzmaster from Jmi. It also comes with letters from Lithofayne Pridgon and Julia Lewis, both are friends of Billy Davis and Jimi Hendrix. These letters confirm that Jimi gifted this guitar to Billy in 1969. The guitar is in its original case, and in its original condition. After Jimi gave the guitar to Billy, Billy had the nut reversed back to normal as Jimi had it strung up left handed and would pop out the nut and reverse it. Billy changed the strings and nothing else was ever done to the guitar. When inspecting the guitar, left handed wear from Jimi can be seen on the front and back of the guitar. We have dozens of detailed photos of the guitar and all letters and info will be supplied to serious buyers.

There are numerous photos of Jimi with Jazzmasters, Jimi had at least four during his career. This is one of them and comes from his friend and mentor, the great Billy Davis. Please enquire for price.