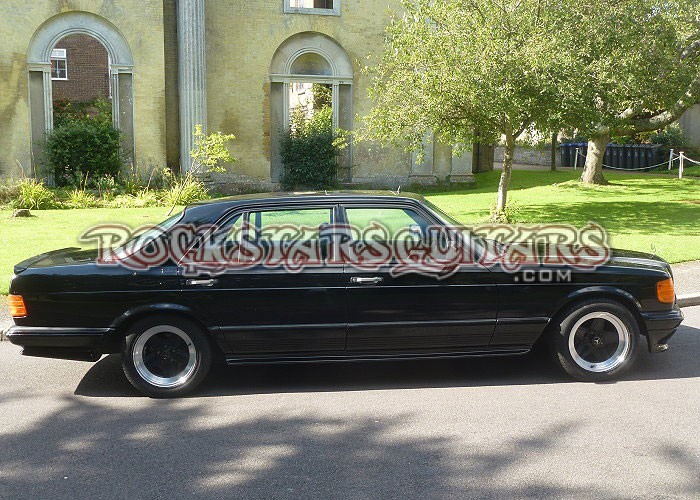 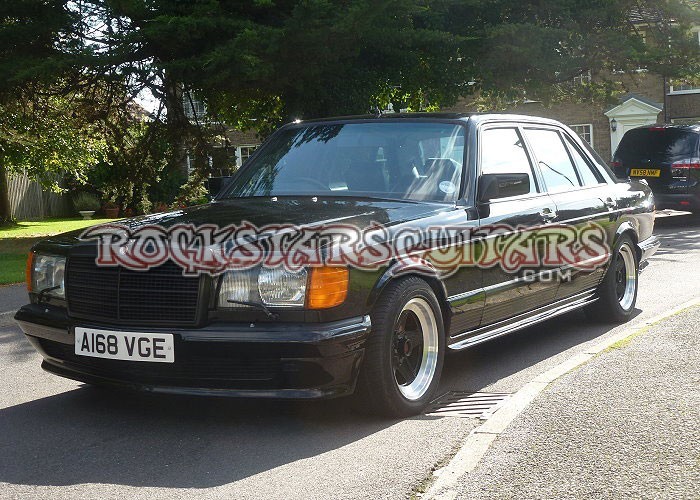 This Mercedes Benz was custom ordered from new   and spec’d up in 1984 by George Harrison in England at Stratton of Wilmslow, the UK AMG dealers at the time. It was just featured on the cover of the October 2014 issue of Mercedes Enthusiast magazine and with a 5 page article on the car.

First registered 23 May 1984
MERCEDES 500 SEL AMG
VIN 1260372A065015
Registration A168 VGE   This is the original registration which has never changed. VQ7 government form shows first owner (16 years) as George Harrison at Friar Park, Henley on Thames Has tax disc holder with Stratton of Wilmslow dealer name and logo, plus UK road tax discs (they stick in the windscreen) for the years 1996 (expiring 1997), 97, 98, 99, 2000, 2001 etc. then right through to last year. Not currently taxed as stored off road. Maintenance booklet present with servicing 1984, 1985, 1987, 1989, 1994, 1996, 1997, 1998, 2001 all with mileage recorded. Current mileage 58,000 genuine miles. Certificate of insurance for George Harrison dated August 1999 expires 2000. A pile of MOT certificates and papers with mileage recorded annually from 1996 onwards, in a wallet from Whitehills Service, in Henley on Thames where George lived.  As far as we are aware the car has totally original black paint apart from the lower section of the passenger front door which may have been redone . The interior has all hand stitched black leather, black piano lacquer wood and picnic tables (slightly crazed with age) and is all original. The engine, wheels and exhaust and suspension were reworked by AMG brand new in 1984 along with the spoilers etc. There are no repairs and no rot, everything is as it should be. It is a smooth car to drive! The paperwork is basically complete for all the years of George’s ownership, and has been looked after privately since, not driven much. There were only 32K miles when George sold the car, and it has done 26K since in the last 14 years. We don’t know of another car that George owned for so long, normally they would be gone after 2 or 3 years, even his Ferrari Dino. It is clean as a whistle with no surprises. We have video of George in the 1980’s with the car. This was George’s everyday car. He owned it for 16 years. Please inquire for price, detailed photos, video and magazine article. Serious Buyers Only.