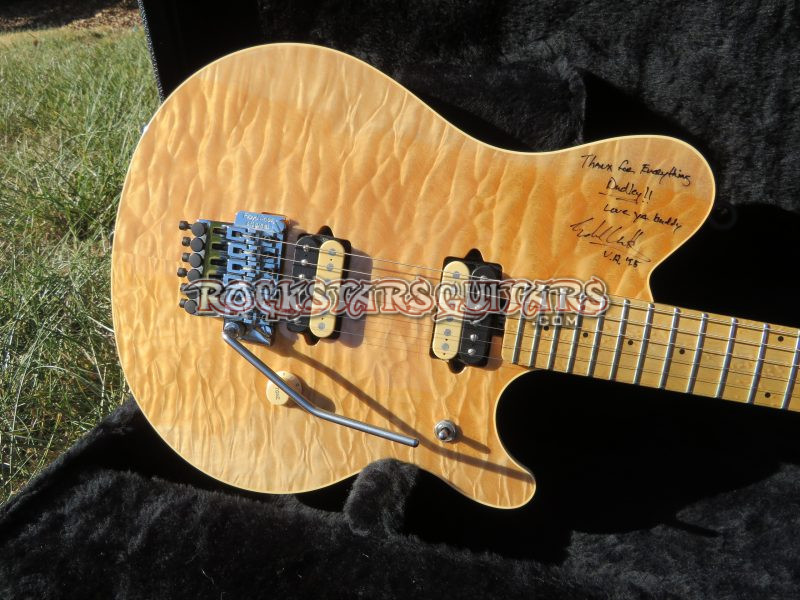 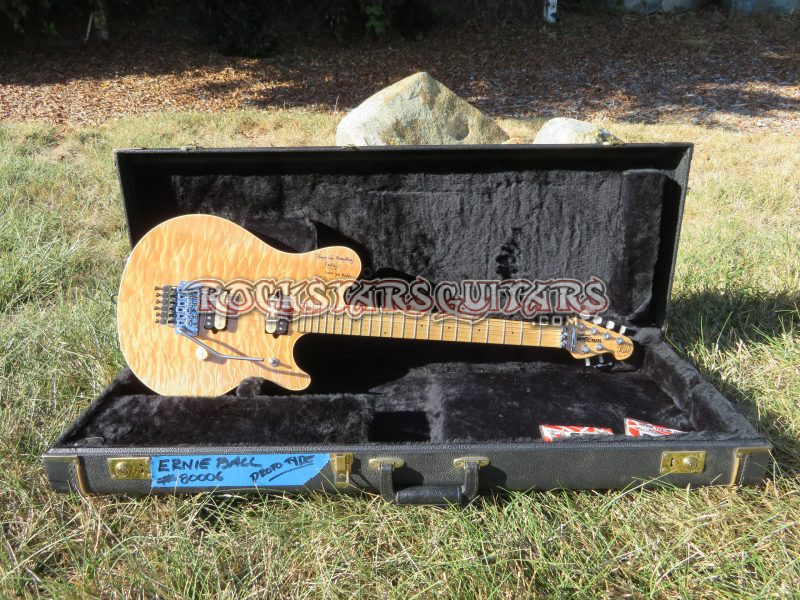 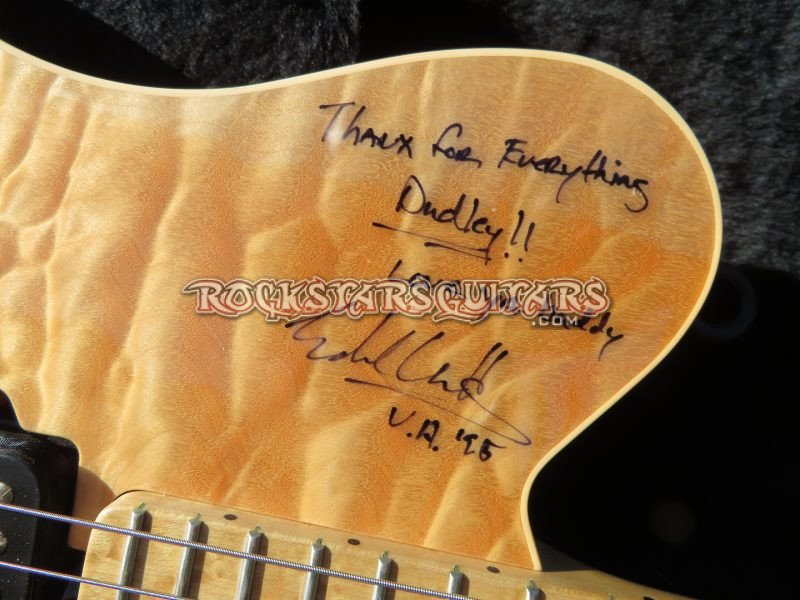 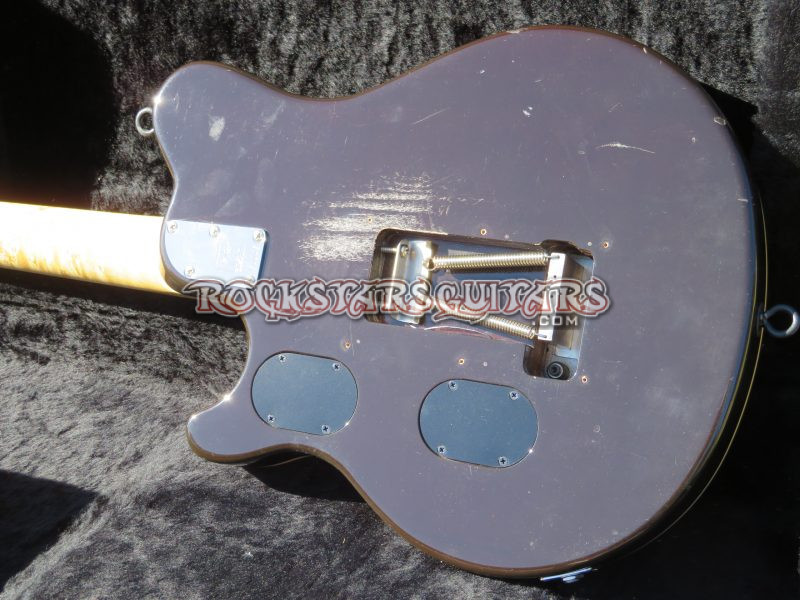 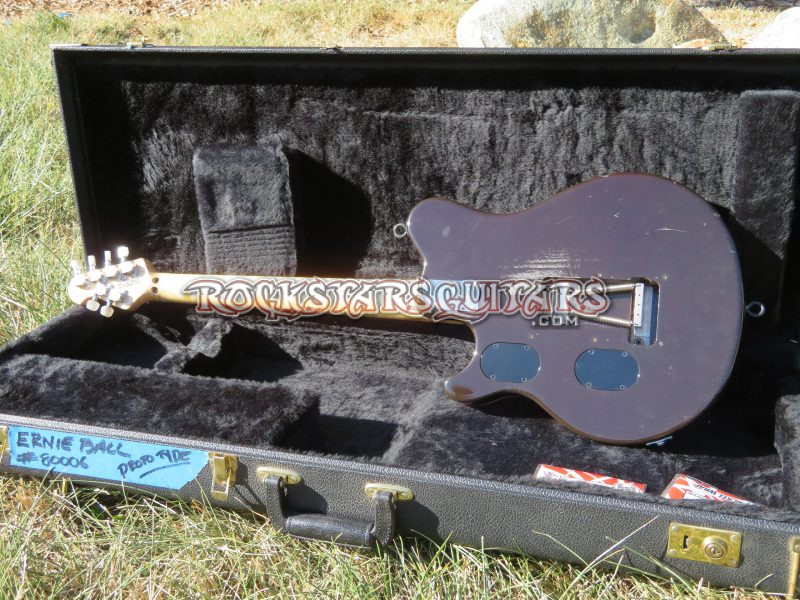 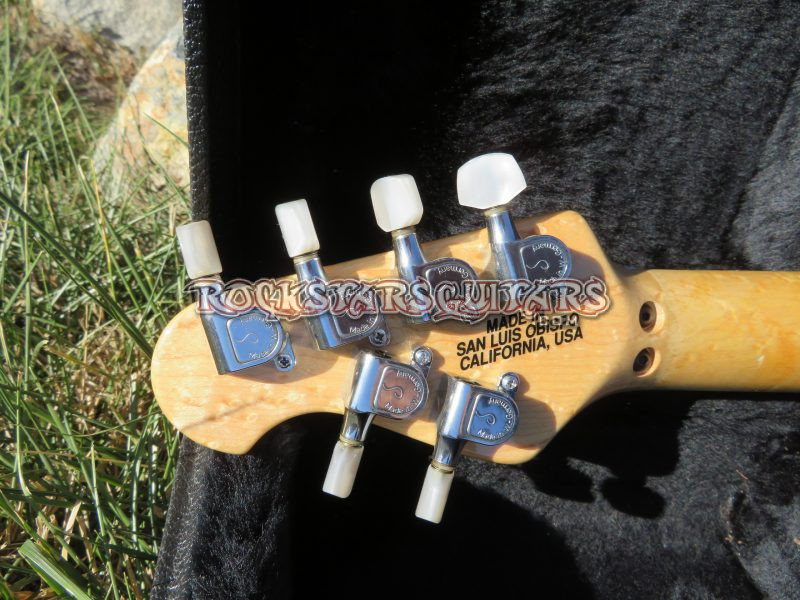 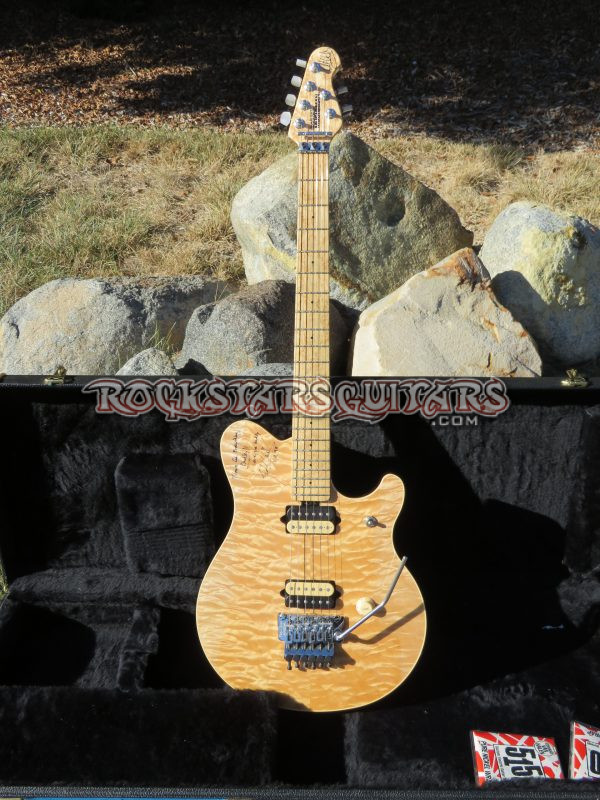 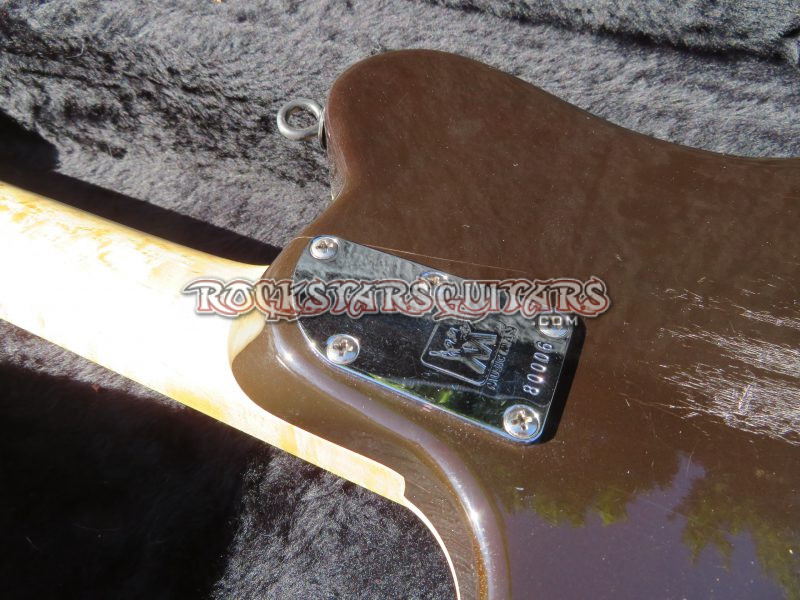 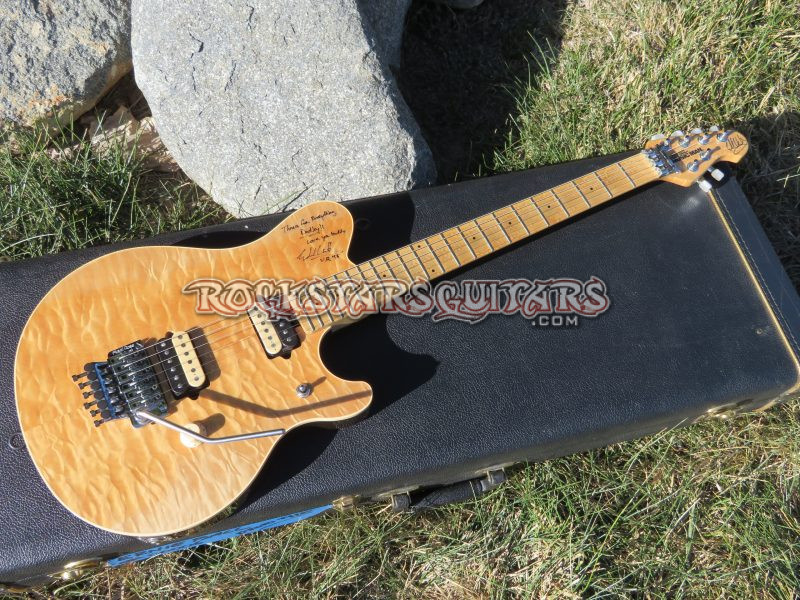 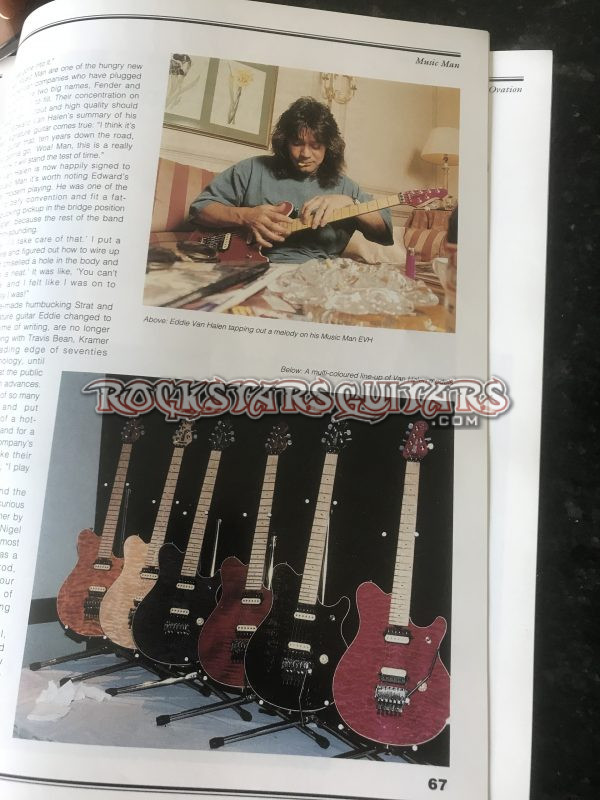 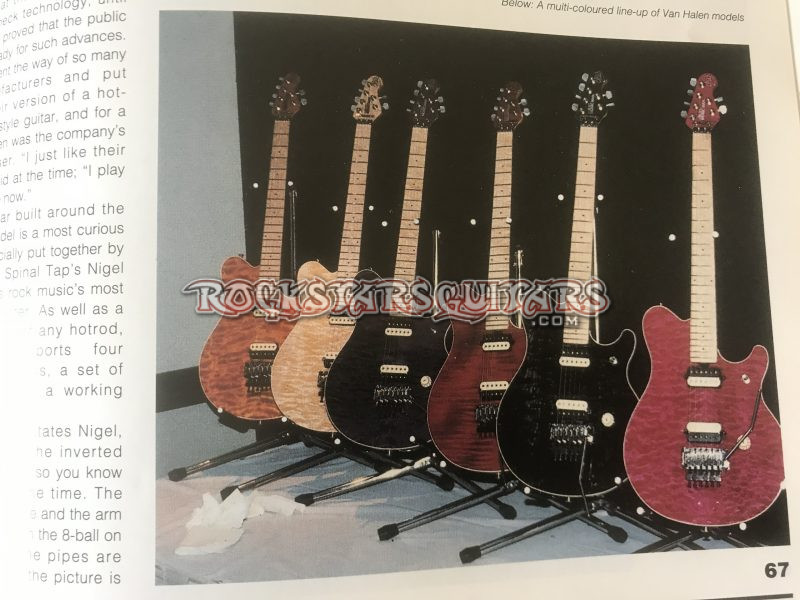 Eddie Van Halen’s 1991 Ernie Ball Music Man EVH Model Prototype Serial # 80006. This is from the very first batch of pre-production prototypes that were completed for Ed in 1991. These guitars were unveiled and displayed at the 1991 NAMM Show in Anaheim California on January 18-21. It can be seen here in a photo that was taken at the show alongside Ed’s other prototypes including  “Pinky”. Ed also played some of these guitars at Biff Baby’s All Star Band on January 19th at the Inn At The Park with Steve Morse, Albert Lee, Sterling Ball  and other great musicians.

This is the first natural model that was made and it has a “brown back” which is extremely rare. The brown backs were only on the natural and sunburst models, and very few of these early guitars had brown backs. All other EVH models had black backs. The maple top on this guitar is absolutely stunning and the guitar is different than the production models in that the signature is larger on the headstock, the trem is a Schaller Floyd Rose model (which originally were put on all of the prototypes), and the binding were all hand bound by Dudley Gimpel. Production units had cast binding. Dudley Gimpel is the man responsible for the design and building of these prototypes and was the lead designer at Ernie Ball. Sterling always called him the “Director Of Geniosity”.

After Ed had his time with the guitar, it was then sent to The Rolling Stones for several months to check out. At this time it was also played by Joe Satriani. It later went to Larry Carlton.

Upon its return to Ernie Ball, Sterling Ball gave this guitar to Dudley Gimpel as a gift in appreciation for his work in the design of the Ernie Ball Music Man EVH model. Dudley later had Ed Van Halen sign it in 1995, and put a clear coat over the signature to protect it.

It comes in the original case and a handwritten letter from Dudley Gimplel detailing the history of the design and making of these prototypes. Please inquire for price.