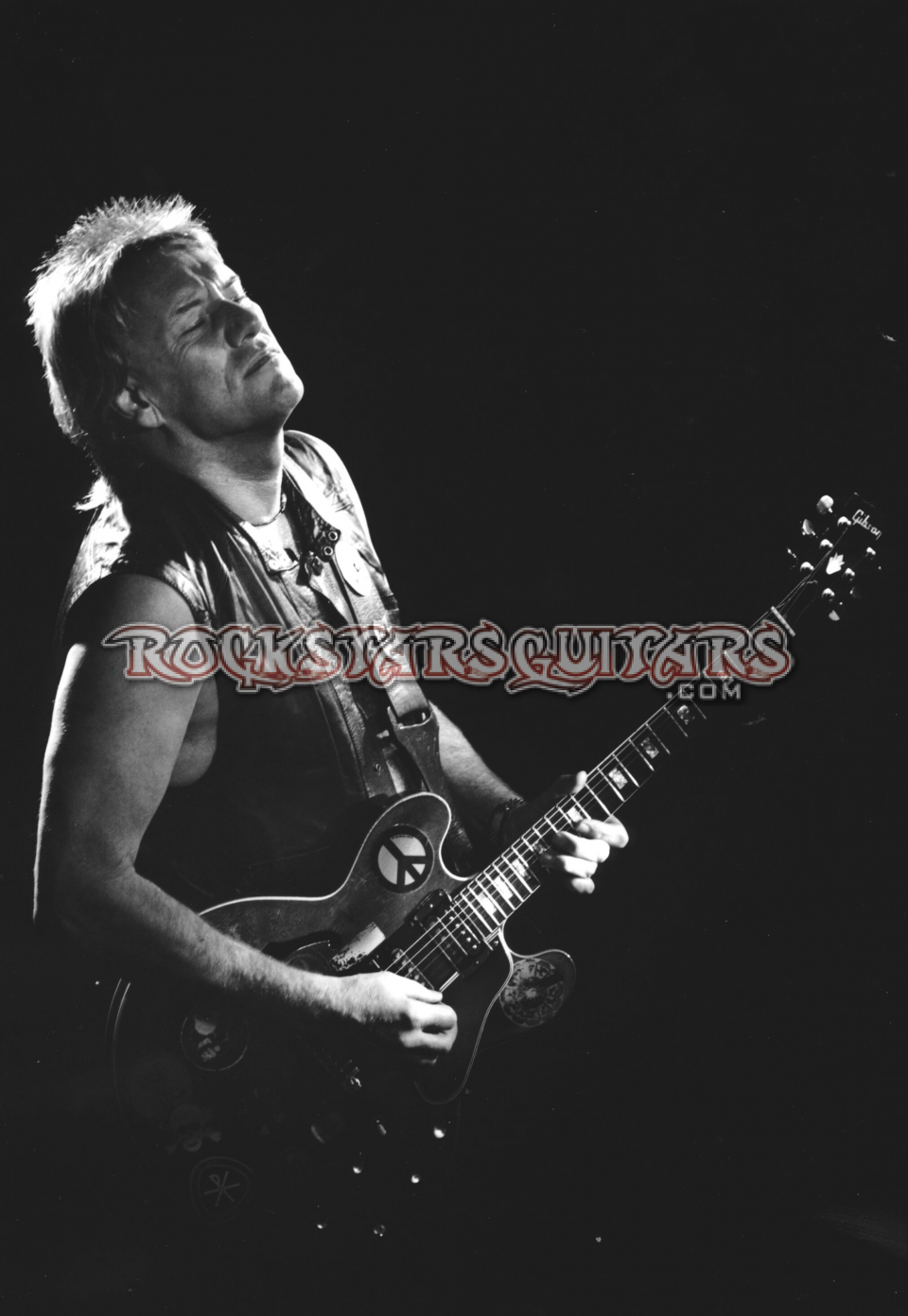 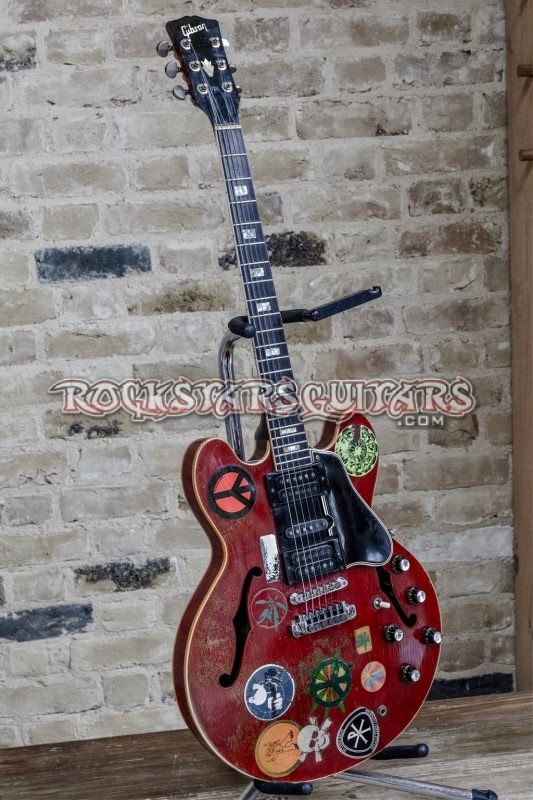 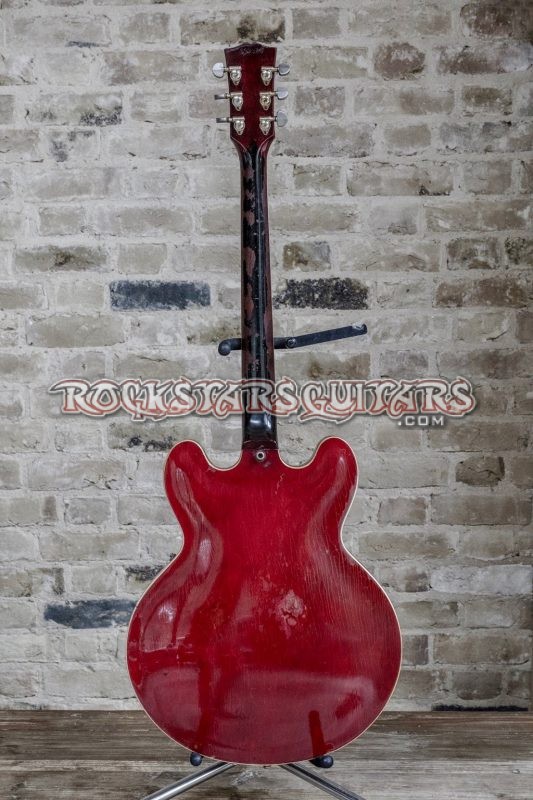 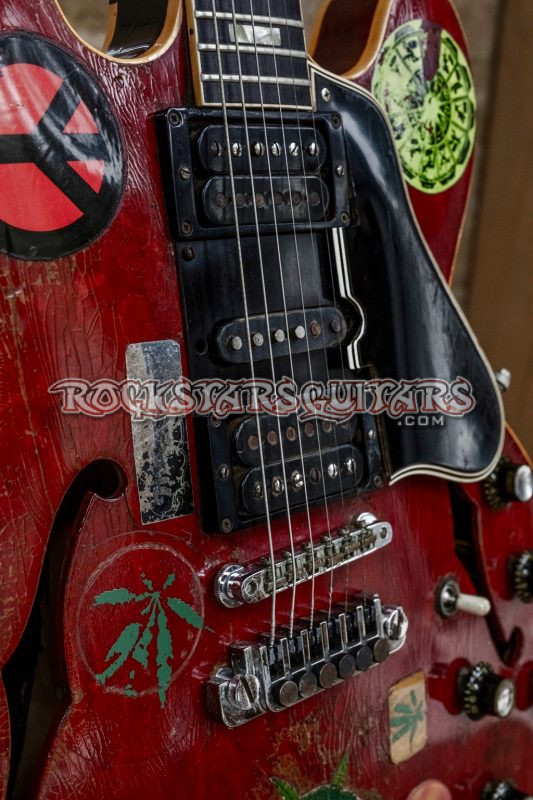 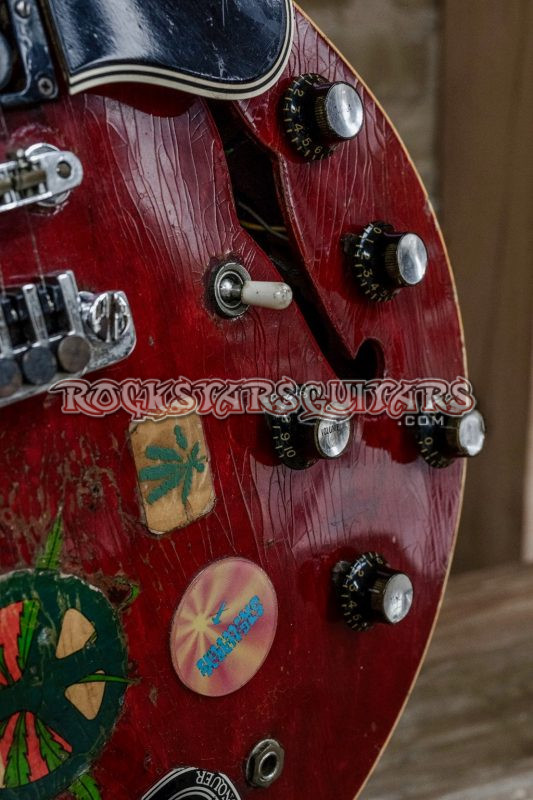 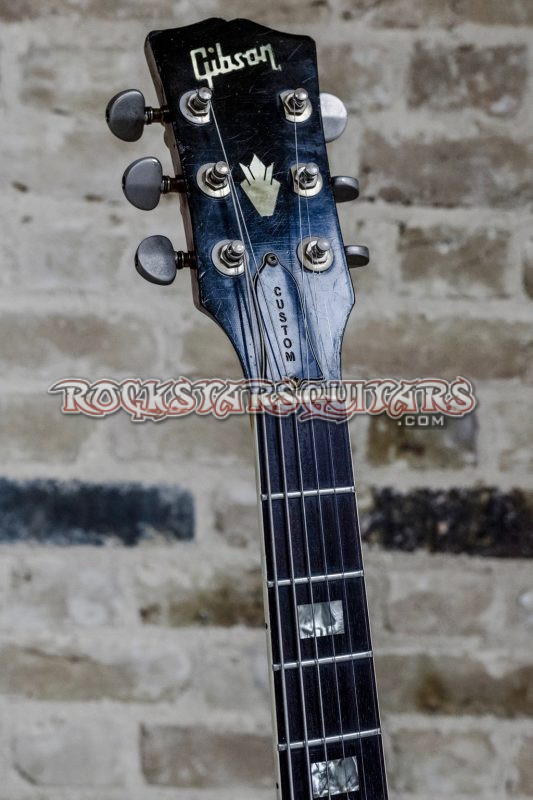 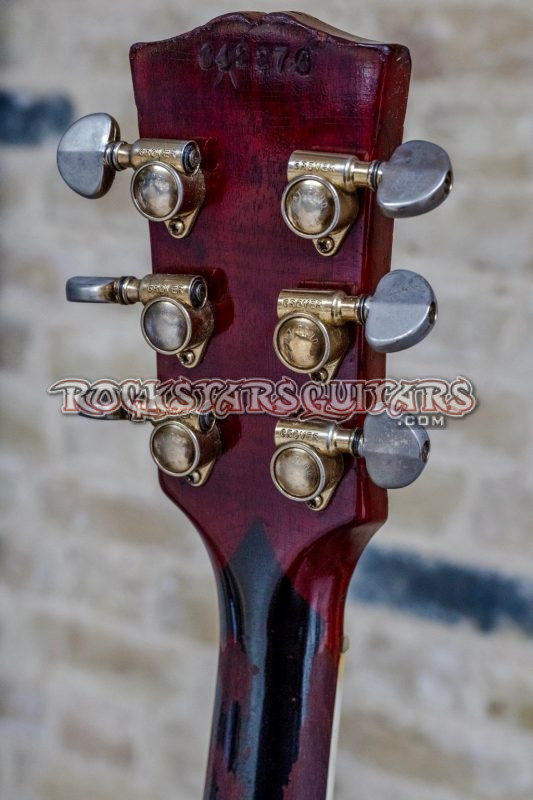 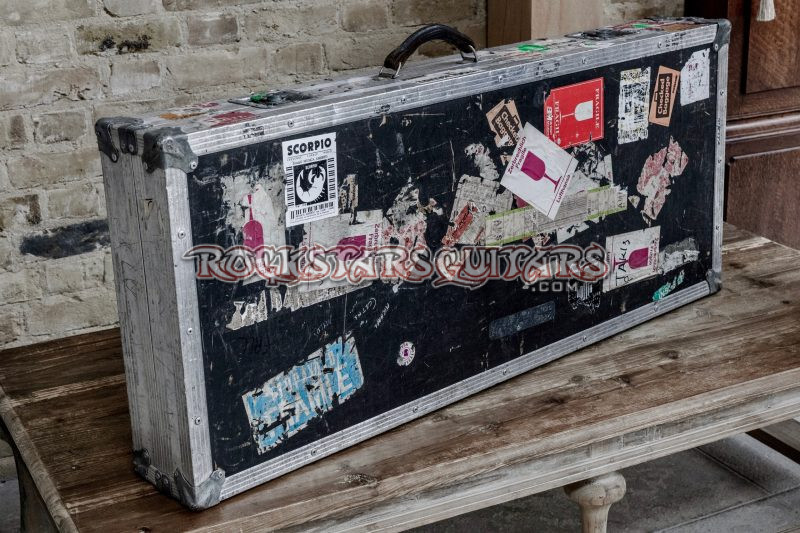 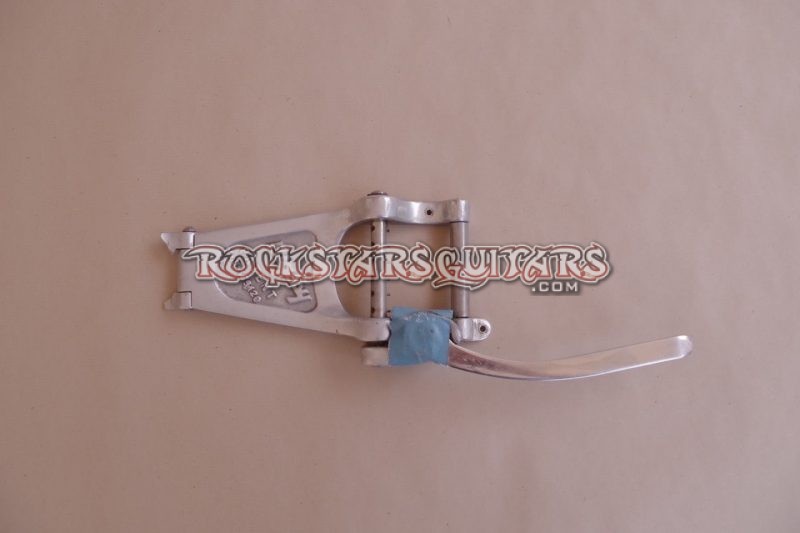 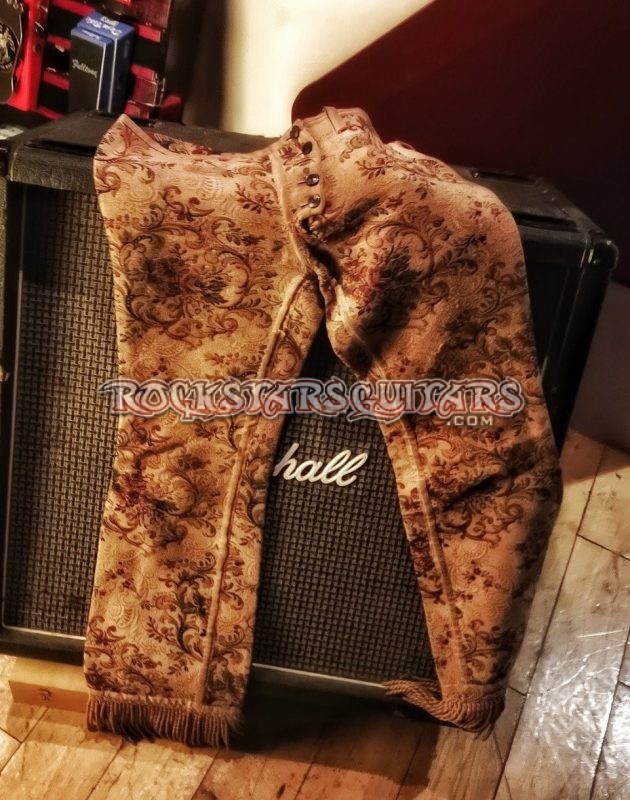 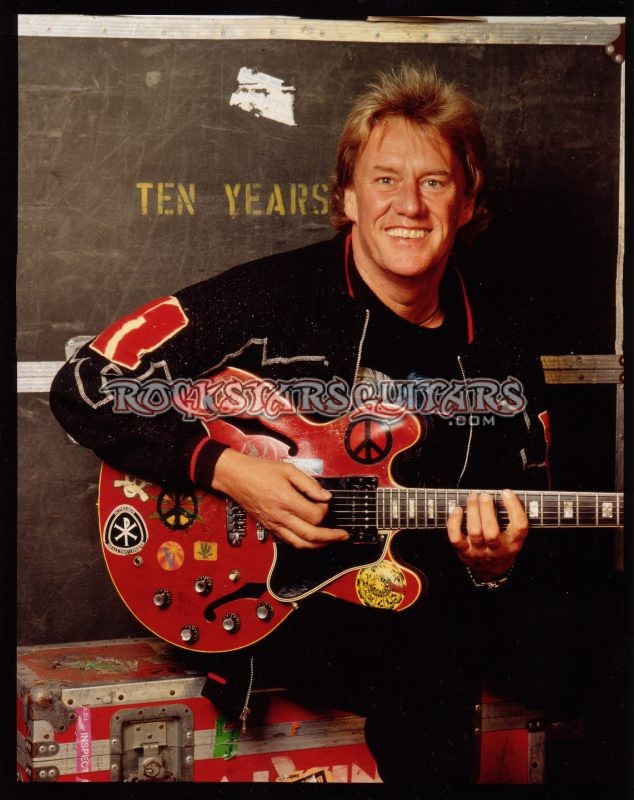 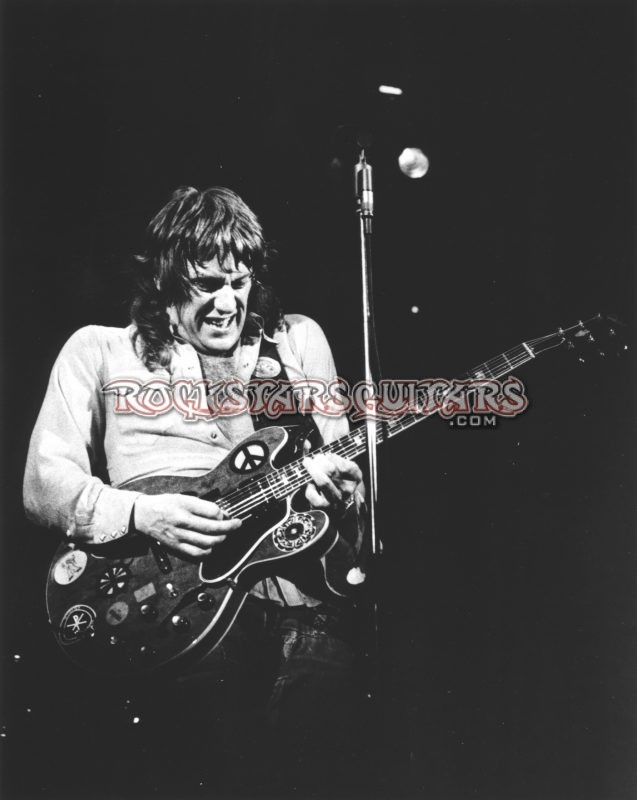 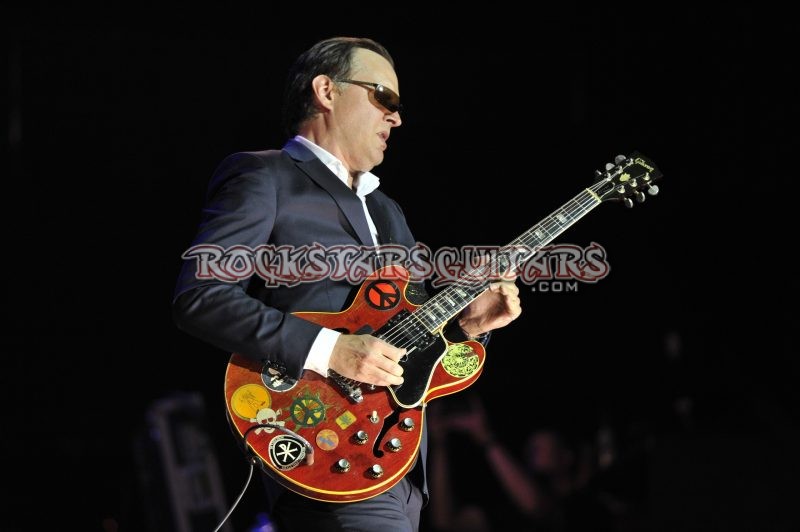 Rock Stars Guitars are proud to announce that they are acting as exclusive agents in the sale of Alvin Lee’s Circa 1961 Gibson ES-335TDC guitar, which he used with Ten Years After and named “Big Red”, most famously played at the 1969 Woodstock Festival, and used also throughout his later solo career. This historically important guitar became possibly the most visible and enduring icon of both Woodstock and the counter-culture movement of the late 1960s, due to its association with the peace symbol, youth, and flat-out rock and roll.  If ever a guitar was to be properly described as a “museum piece” this would be it. The Woodstock documentary movie was a culture-changer. Alvin Lee with Ten Years After was the exciting centrepiece of the film, and this guitar was right in the eye of the storm. Alvin’s Gibson guitar was bought by him in 1964, in Nottingham, England (presumably second hand as it was only £45.00!) and was Alvin’s main stage guitar (mostly his only stage guitar) throughout the 1960s and into the 1970s, when he eventually acquired another 300 series Gibson. He continued to use “Big Red” right through into the 2000s, when he retired it, as it had become “too valuable” in his own words.

In the early 2000s, Alvin got in touch with David Brewis from Rock Stars Guitars about Big Red, and the two met up at Alvin’s Newcastle show. He called his 335 “The Guitar That Ate Woodstock”! And so it was. “He told me he no longer needed it, and asked me if I would sell it for him. Me!” David recalls. Years later, and several years after Alvin’s sad and untimely passing, here it is. Just as he asked, and on the 50th anniversary year of his amazing Woodstock appearance. Peace sticker and all, the ultimate icon of the original Woodstock Festival. Alvin Lee’s 335! Below is a link to Alvin Lee with Big Red in 1969 Woodstock.

The guitar is heavily used, has seen what looks like a couple of lifetimes of stage work, and has been repaired and modified by both Alvin Lee and Gibson Guitars over the years. It was used on the Ten Years After albums “Ten Years After, “Undead”, “Stonedhenge”, “Ssssh”, “Cricklewood Green”, “Watt”’, “A Space In Time”, “Rock & Roll Music To The World”’ “Positive Vibrations”, and Alvin’s many solo albums and projects. It sits just as Alvin left it, safe in its flight case, ready for duty. Some 55 years since Alvin bought it, and some 50 years after Woodstock.

Included with the guitar are the actual trousers that Alvin wore at Woodstock. You can see these in the above Woodstock footage. These trousers were made by Loraine, who was Alvin’s girlfriend at the time. She made them from fabric bought in the household fabric department at John Lewis on Oxford Street. The fabric is actually curtain tapestry in yardage. These trousers were reversible, with tape over the seams on one side. The fringe also came from John Lewis. The trousers have a reversible fly opening and were originally double buttons. Also included is the Bigsby vibrato that was originally factory fitted to the guitar, but removed by Alvin in the 1970s. Alvin’s early 70’s Marshall 4×12 speaker cabinet is also included. The 335 comes with its flight case and a detailed letter from Alvin’s daughter, Jasmin Lee.

It has recently been out working again, as it was borrowed by Joe Bonamassa for his show at the Royal Albert Hall in London on 24th April 2019. A photo of Joe with Big Red is pictured here. Photo Credit: Zoran Veselinovic.

“Big Red is, now, and for the first and only time, for sale, and, for one lucky person, available to buy. The actual “Guitar That Ate Woodstock” as Alvin once described it. The Gibson guitar that defined a generation and stole the show.