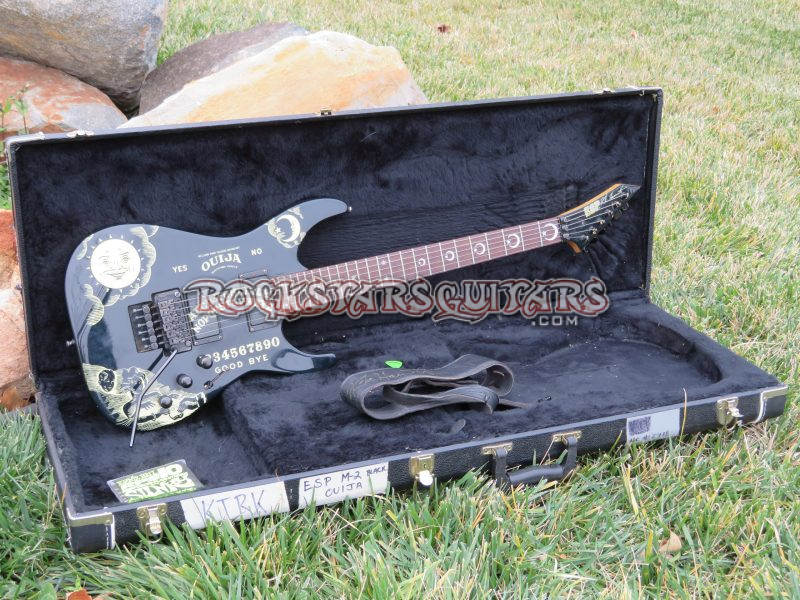 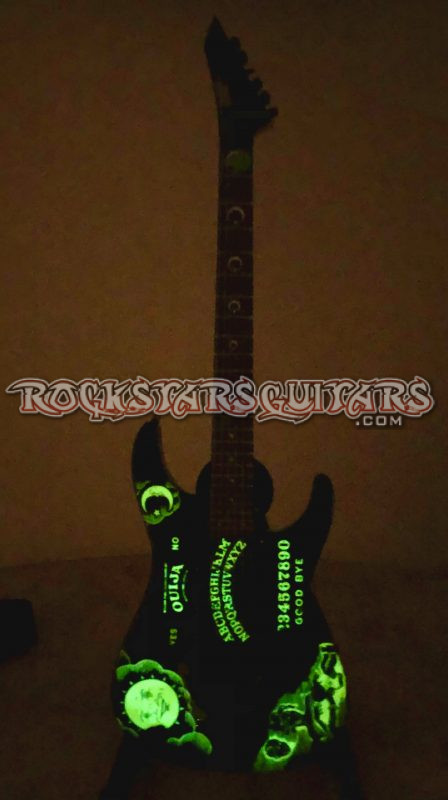 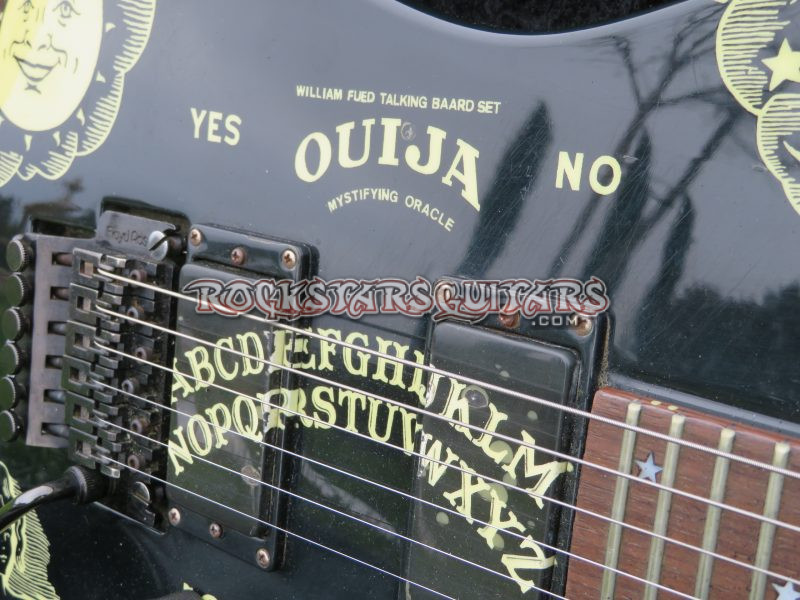 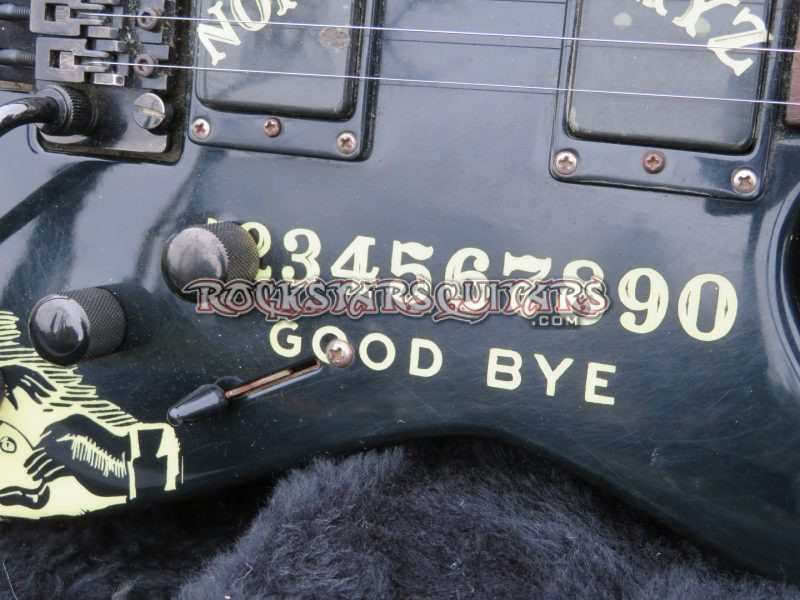 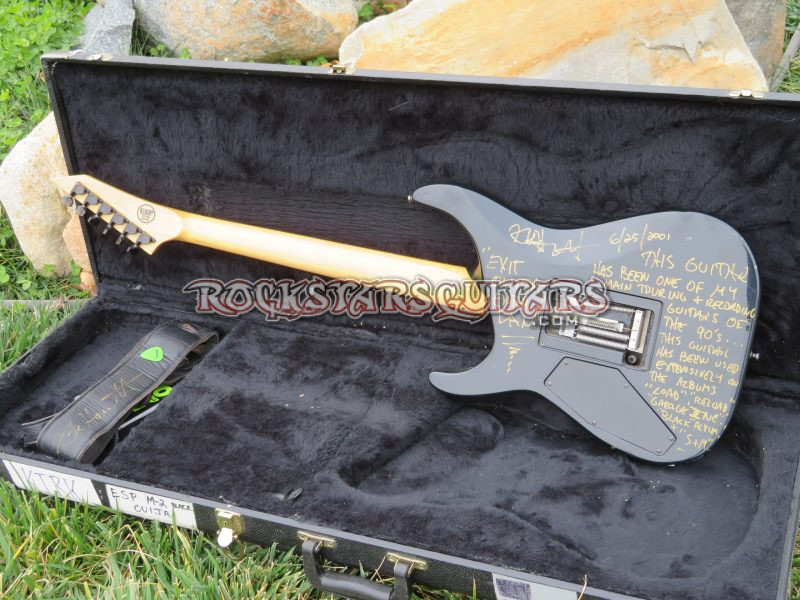 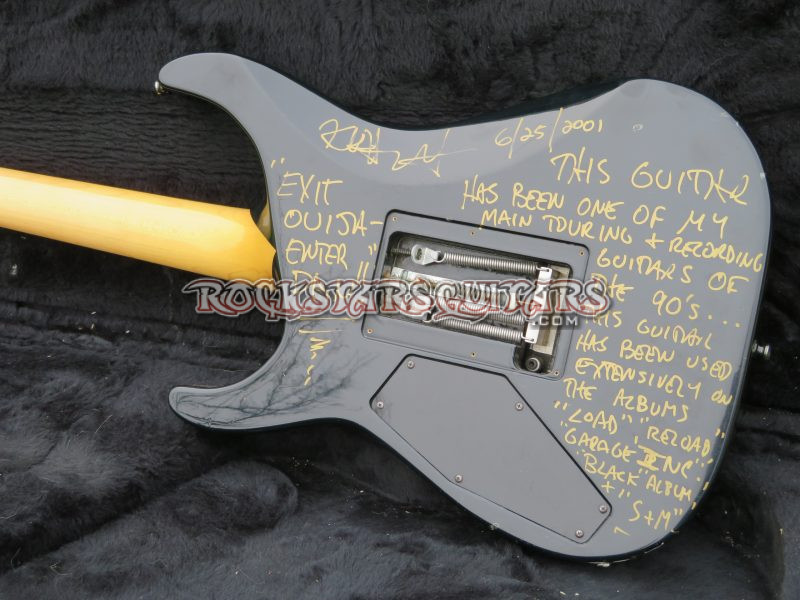 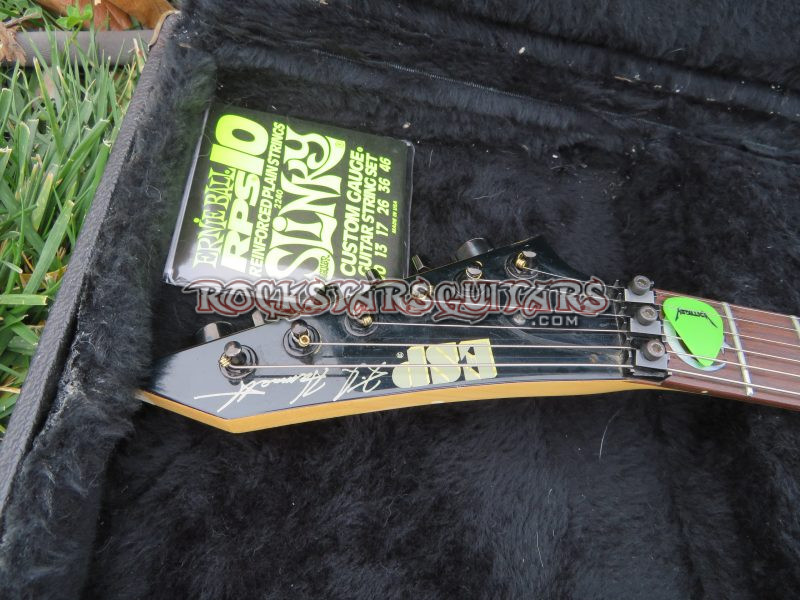 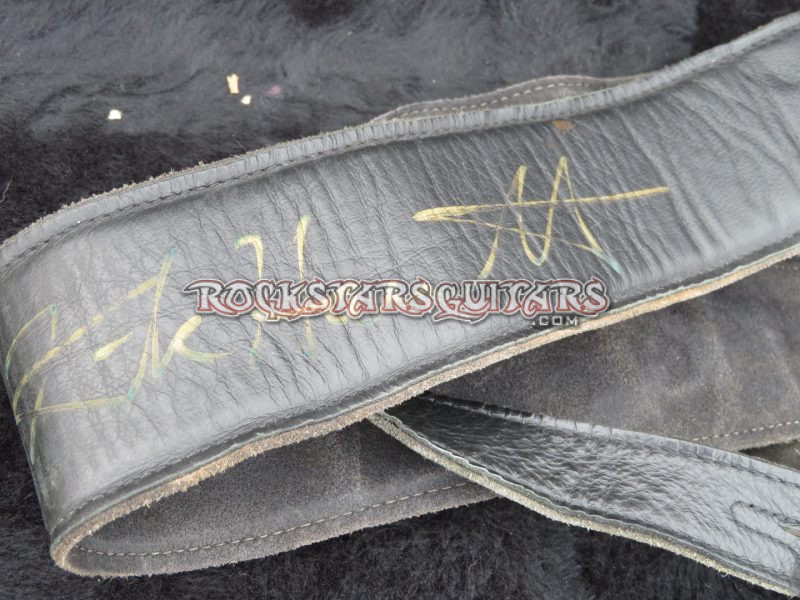 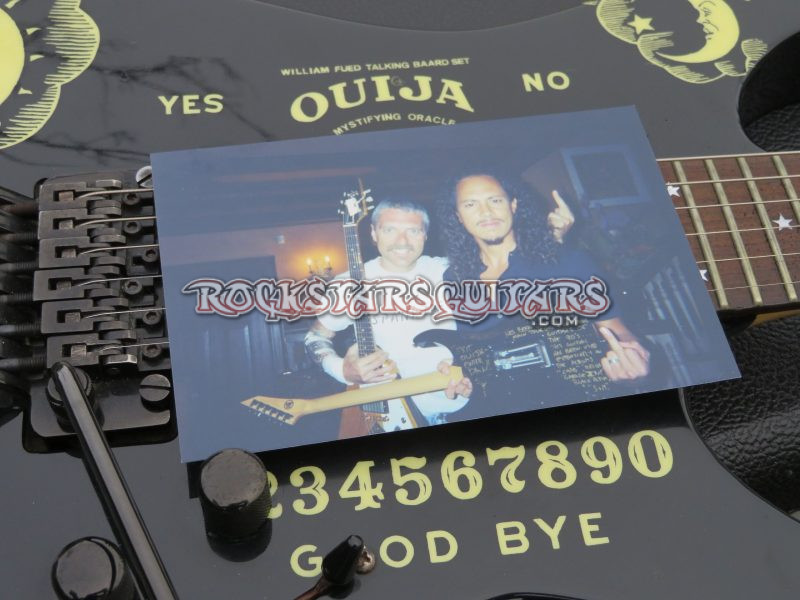 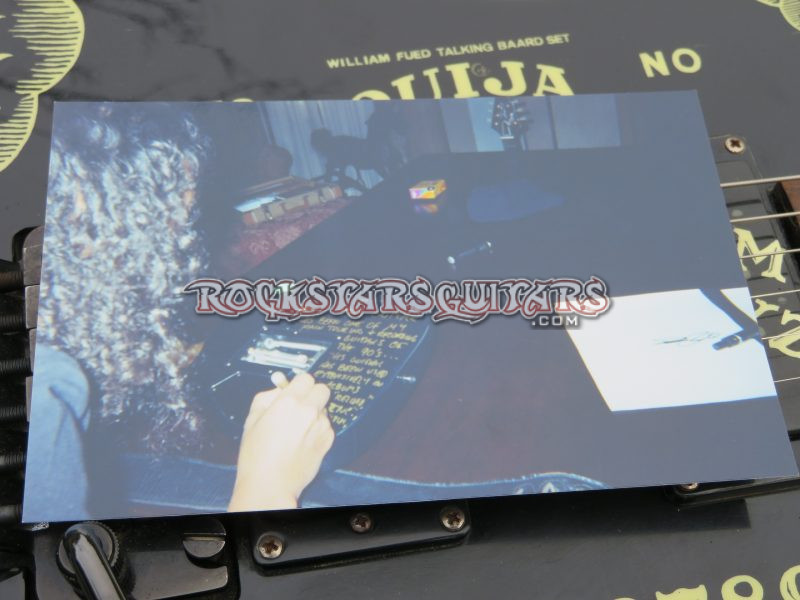 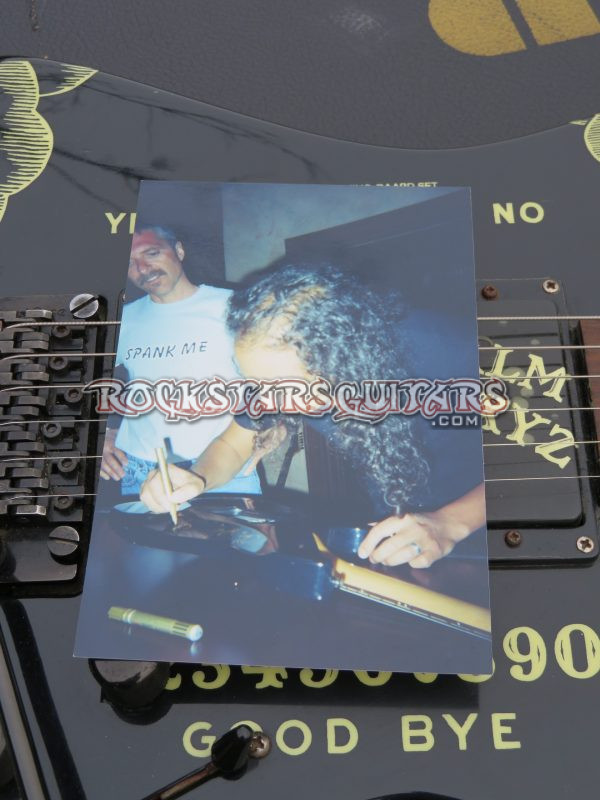 One of Kirk Hammett’s most iconic guitars… his ESP Custom One Off ” GLOW IN THE DARK” Ouija. The only glow in the dark Ouija that was made for Kirk. This is the FIRST Ouija made by ESP and made in the early 90’s for Kirk. There are hundreds of photos and videos of Kirk with this guitar being used live with Metallica, as this was one of his main touring guitars. Kirk had two ESP Ouija guitars, both are easily distinguishable by two main characteristics, the placement of the control knob over the numbers 1-0, and a typo on the word Board, which is spelled Baard on this guitar.

To put it simply, Kirk has written the history on the back of the guitar which reads “This Guitar has been one of my main touring and recording guitars of the 90’s…This guitars has been used extensively on the albums “Load”, “Reload”, “Garage Inc.”, “Black Album”, + “S+M”. Kirk signed the back and it is dated by Kirk 6/25/2001.

It comes with Kirk’s strap that he also signed and the original case. And Kirk included one of his guitar picks and set of Ernie Ball strings.. The provenance is ins incredible as it comes with numerous original photos of Kirk in his home signing and writing the history on the guitar, and many photos of Kirk holding the guitar, front and back. And as you can see… it does glow in the dark.

This amazing guitar has been kept in a vault for nearly 20 years and has never been played. It is in the same condition as when Kirk sold it and has been with the same owner. Please inquire for price.