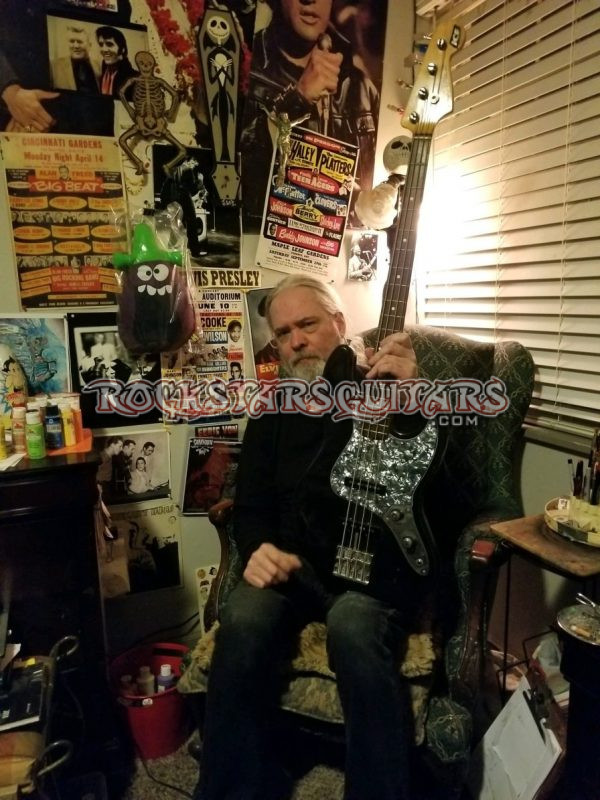 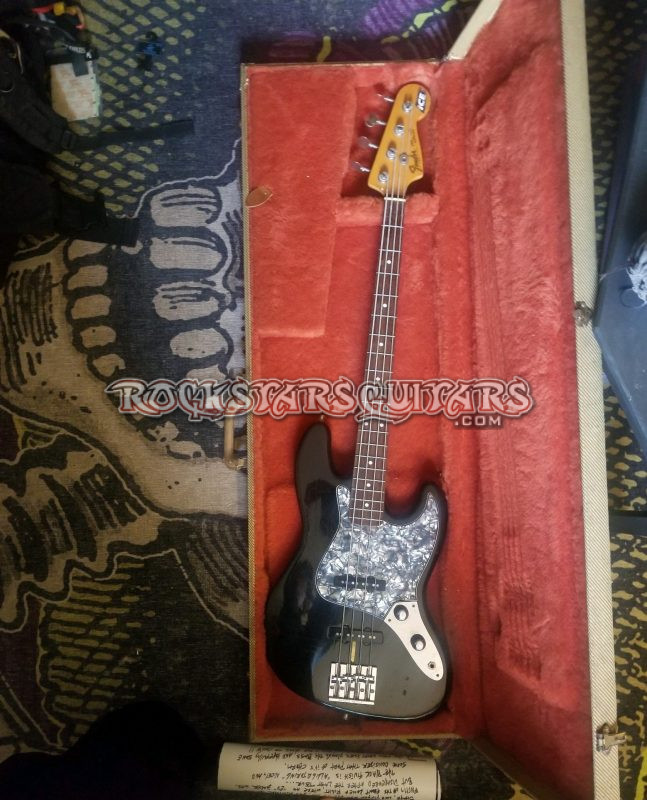 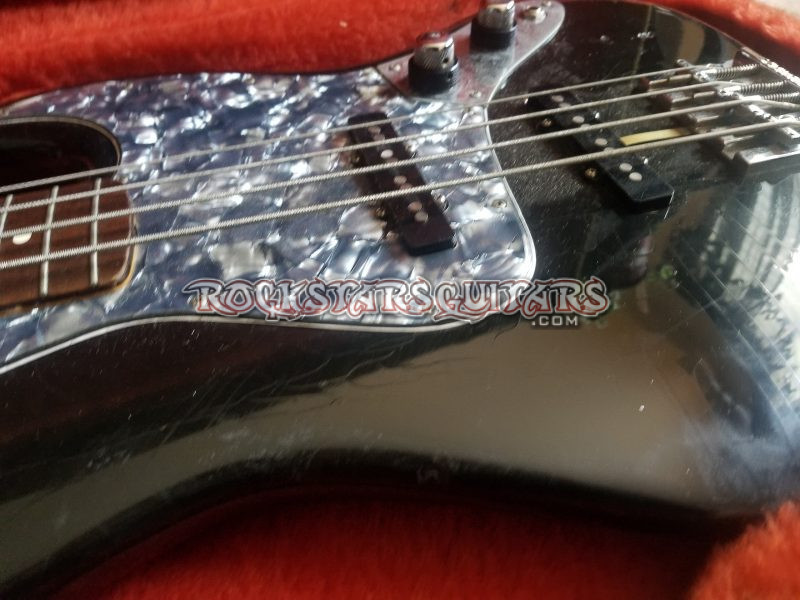 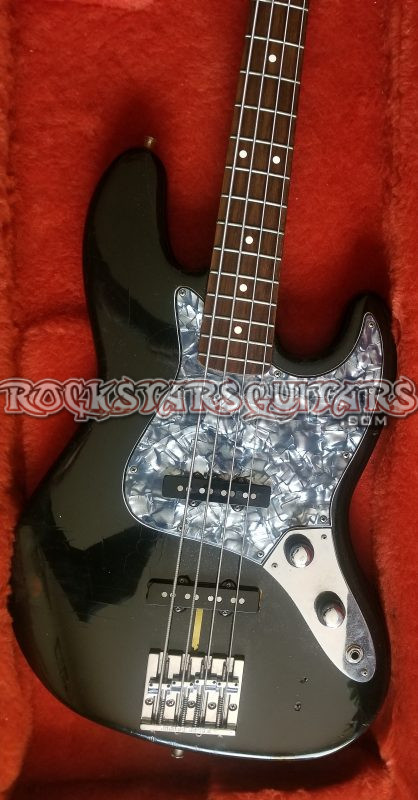 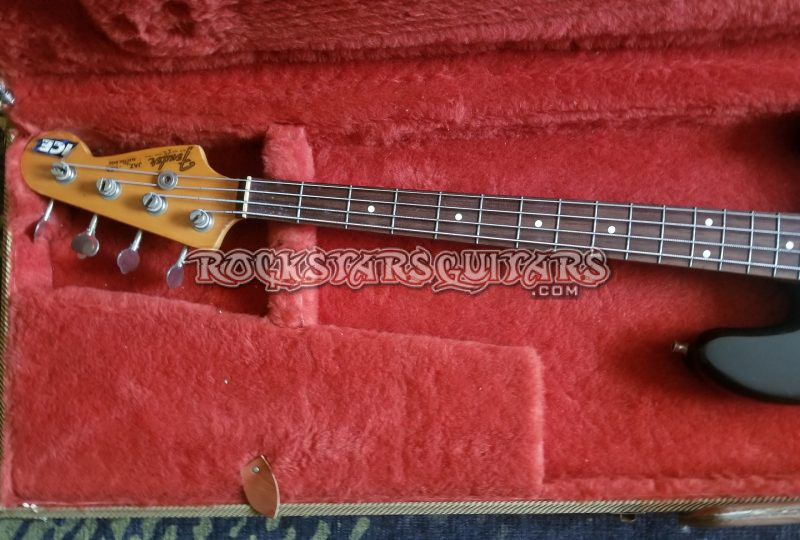 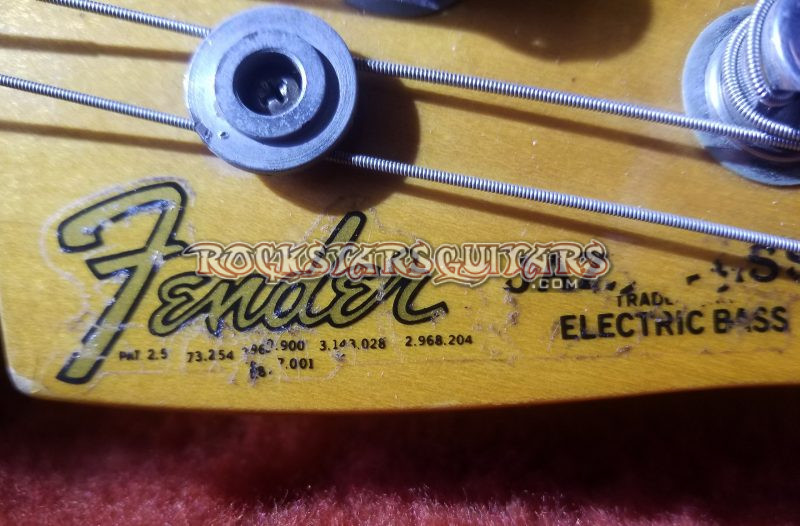 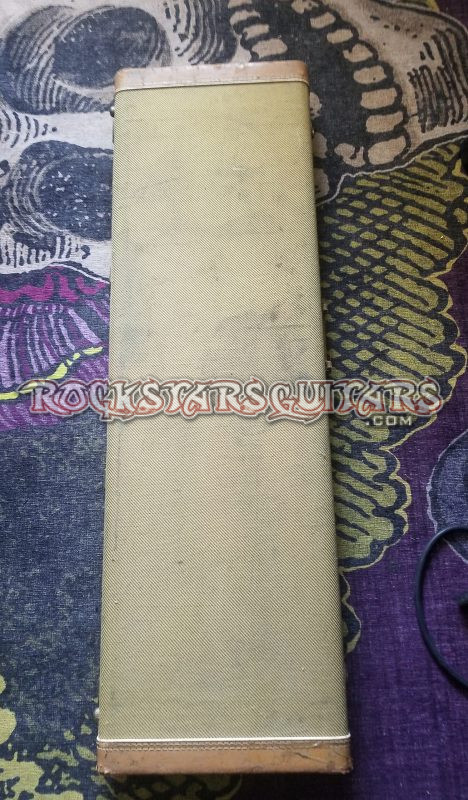 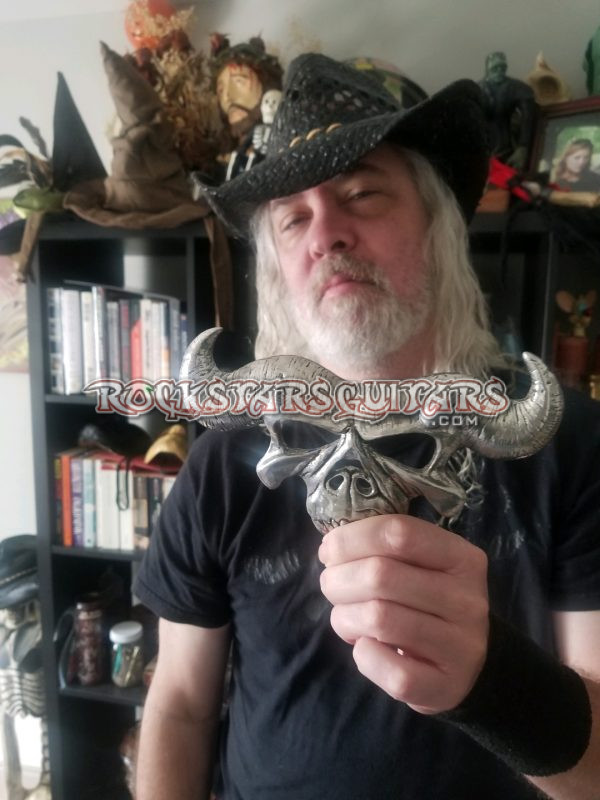 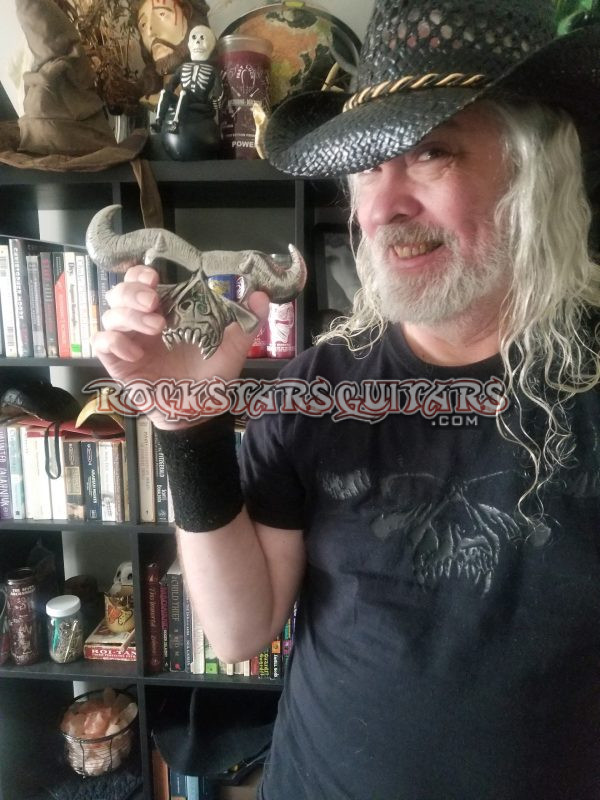 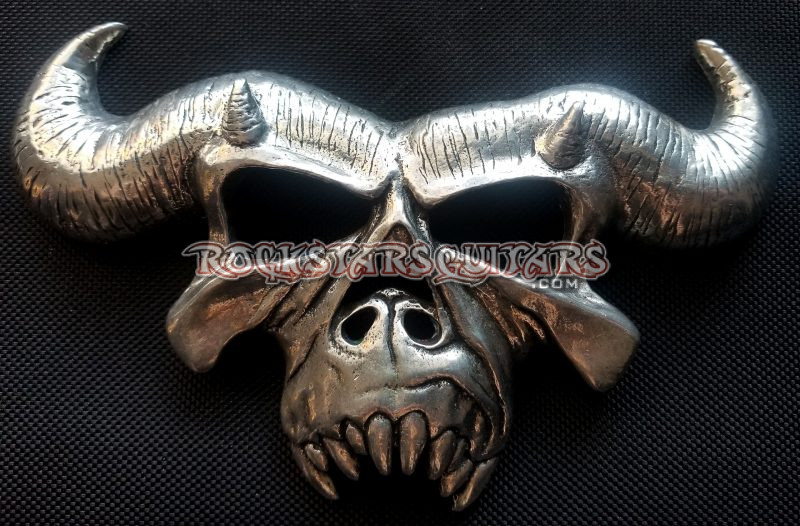 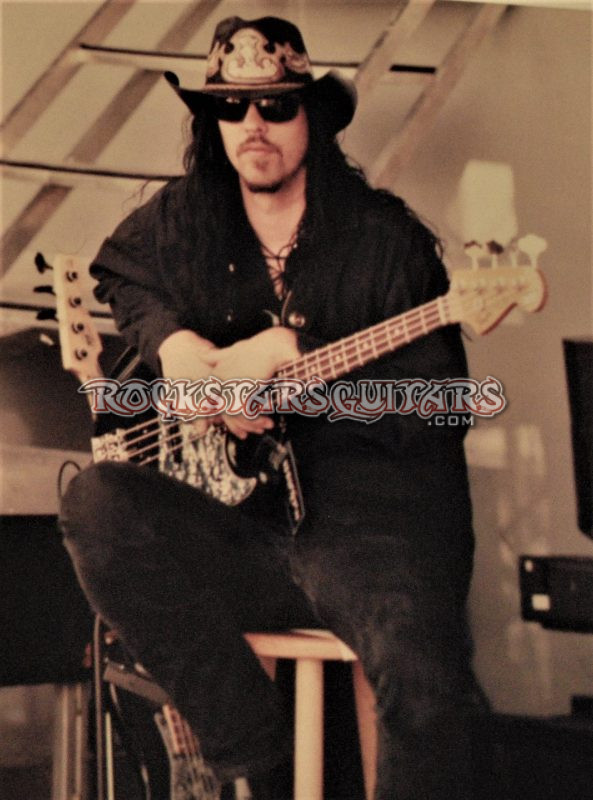 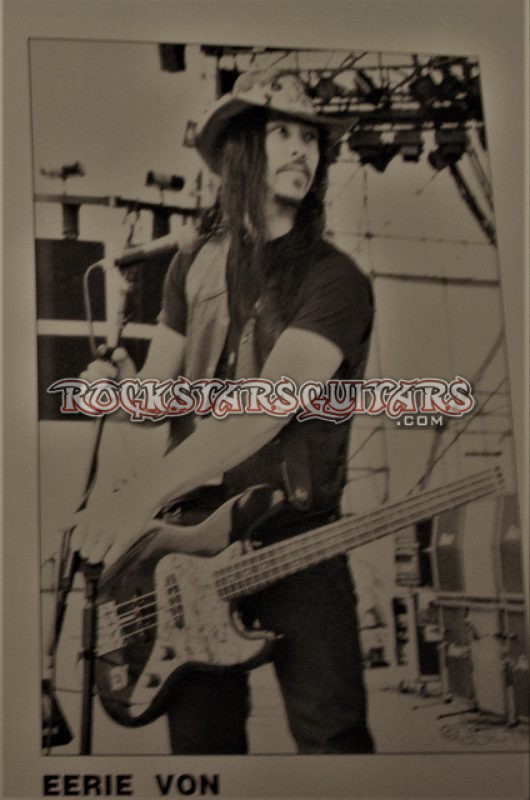 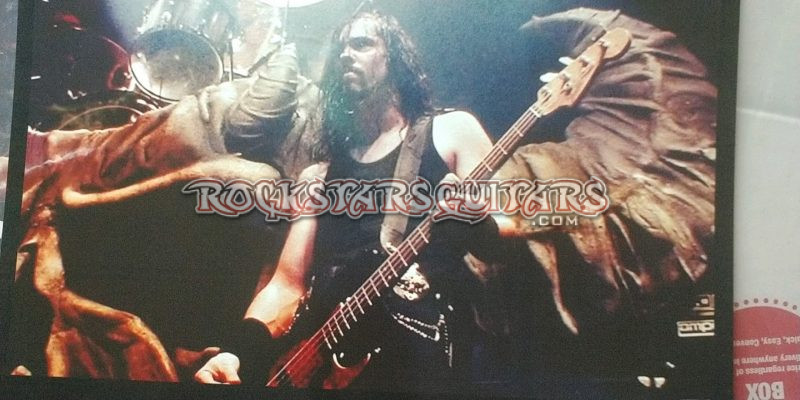 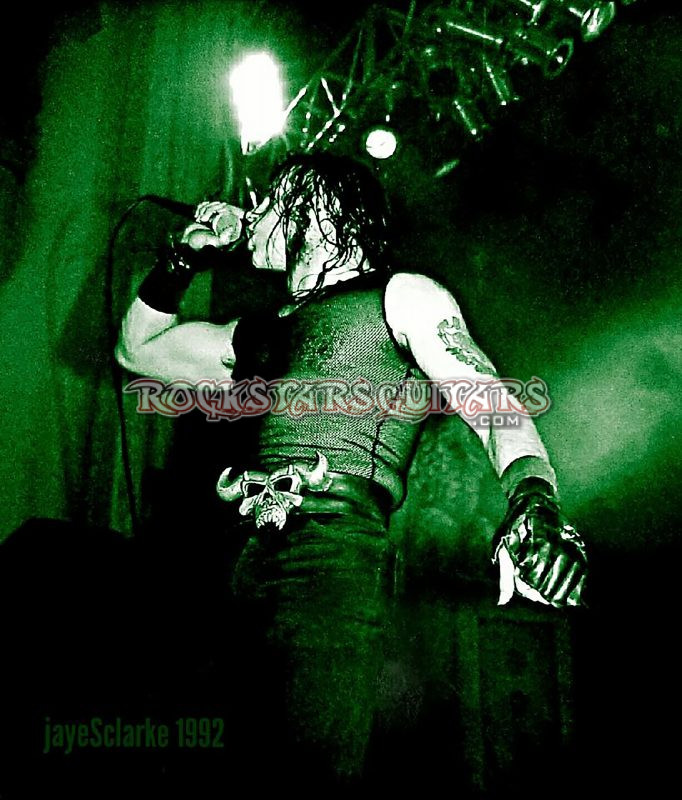 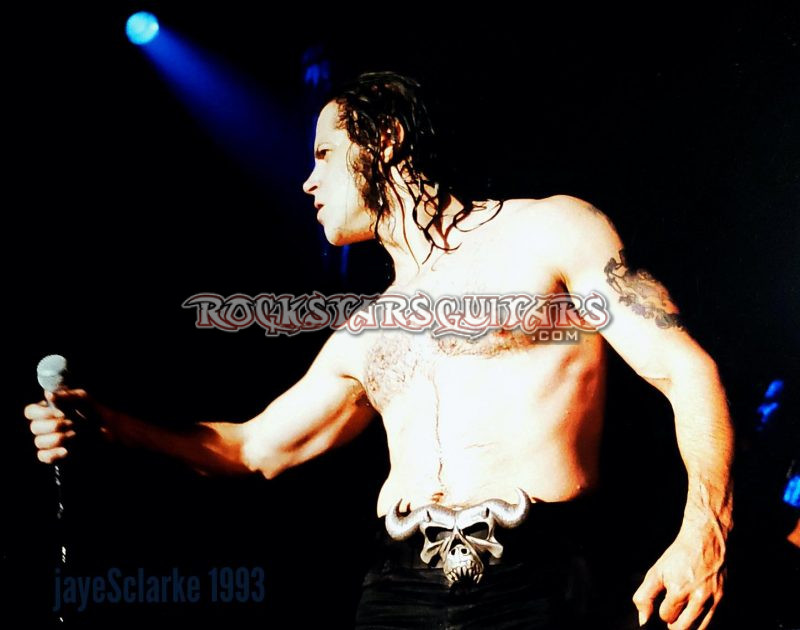 You are looking at Eerie Von’s main 1968 Reissue Fender Jazz Bass and his custom made Skull belt buckle. Eerie Von was one of the founding members for Samhain and Danzig from 1984-95 and this was made and purchased in 1988 at Sam Ash in New Jersey for the first Danzig tour Serial no. V041540. The original Fender tweed case is included.

As Eerie Von’s main Danzig bass it was used on every world tour and many music videos. The custom made “ice” pickguard (made by a friend named Haledon Johnny) can be prominently seen in the videos Her Black Wings, Until You Call on the Dark, Going Down to Die Live 1995, and many more. This bass was used on many of Danzig’s first four albums, which includes: Danzig I, Danzig II: Lucifuge, Danzig III: How the Gods Kill, Danzig 4P. In addition, this bass was also used on many live recordings such as the Thrall-Demonsweatlive EP by Danzig, which was released in 1993 on Def American Recordings and certified Gold in 1994.  Modifications include: Replacing the stock bridge with a Badass bridge, replacement of the tortoise-shell pickguard with the custom ice pickguard, and a self-installed counter-sunk strap-box system. On the lower right corner of the bass there was an “EV” badge that disappeared after the last tour.

This belt buckle was gifted to Eerie by Glenn Danzig who had just begun to wear them for live performances and photo shoots in 1992. When Glenn’s original batch was created, he gave out his excess buckles to all the band members and a select few of the crew members who were on the tour bus at the time. Measurements: Approximately 5” x 3”, made of basic, silver-coated (non-grade) “pot” metal. The bass and buckle each come with a detailed signed letter from Eerie. Please inquire for price.